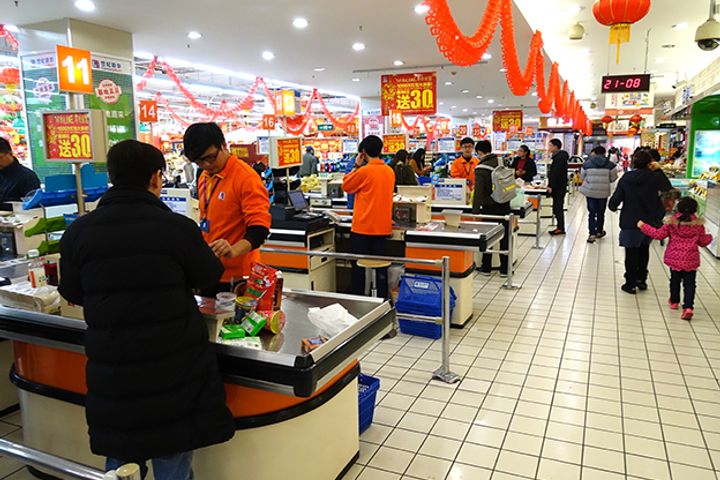 (Yicai Global) Feb. 13 -- China's National Development and Reform Commission has kept prices down in the buildup to Chinese New Year and will work to maintain them during the week-long holiday period.

The NDRC will monitor 50 major consumer goods and regulate prices over the festival, a peak season for the purchase of festive goods and taking trips, Meng Wei, spokesman for the top economic planner and price setter, said at a press briefing in response to a reporter's question.

Many Chinese families meet up during the holiday, which kicks off on Feb. 15 this year, to enjoy home-cooked meals together. The prices of key foods, such as pork and vegetable oil, declined by 10.6 percent and 5.8 percent on the year last month, he added.

China's CPI in January was up 1.5 percent annually and 0.6 percent on the month, data from the National Bureau of Statistics showed. This, paired with the upcoming holiday period, prompted a reporter to ask if prices were likely to rise.

The consumer price index for last month was 0.1 percentage point lower than the average for last year, Meng said, adding that it has remained at less than 2 percent for 12 straight months.