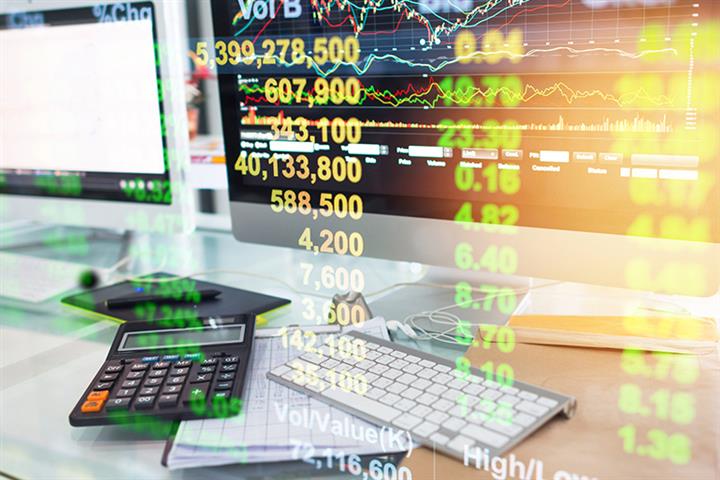 (Yicai Global) Jan. 20 -- Many Chinese private banks are offering much higher yields than the central bank’s benchmark interest rate to attract more savings after regulators cracked down on the leveraging of online financial services provided by internet giants such as Ant and Tencent Holdings.

Seventeen private banks are offering among their 100-plus deposit products an annual interest rate of 3.5 percent for a minimum deposit of just CNY50 (USD7.73) with a term of only one week, according to research by Yicai Global. A one-year fixed-term deposit can garner interest of 4.5 percent in a year and a five-year deposit can get a nearly 5 percent return.

In the past two years, many small and medium-sized local banks became national ones by using third-party financial platforms such as Ant’s Alipay to gather funds from across the country. By promising high interest rates for short-term deposits, they were able to quickly accumulate capital to relieve liquidity pressure.

Such funds have accounted for as much as 70 percent of total deposits in some banks, Sun Tianqi, head of the central bank’s financial stability bureau, said late last year.

Earlier this month, the People’s Bank of China announced that commercial banks may not offer fixed deposits or time-demand optional deposits through any websites that they do not operate themselves.

As a result, since the end of September last year, there has been a big drop in the balance of deposit funds at private banks from a year earlier.

"Private banks are under increasing pressure to secure deposits," an employee told Yicai Global. Attracting savings and ensuring low-cost money is harder for smaller, private banks as they lack the network of physical branches and the large customer base that big, state-owned banks have, he said.

The central bank has kept the benchmark one-year deposit rate unchanged at 1.5 percent since 2015. State-owned banks are offering interest rates of around 1.75 percent for one-year deposits.

Some private banks have introduced a ‘progressive interest rate’ product, which offers a higher return the longer the money stays in the account. Fujian OneBank, for instance, will pay a 3.7 percent annual yield for a deposit of seven days. This will rise to 4.1 percent after one month and 4.6 percent after a year.

Private banks should give full play to Big Data and fintech to innovate debt products in a manner that complies with regulations, a banking bond analyst told Yicai Global. They should build their brands and extend their network to increase recognition level among clients.