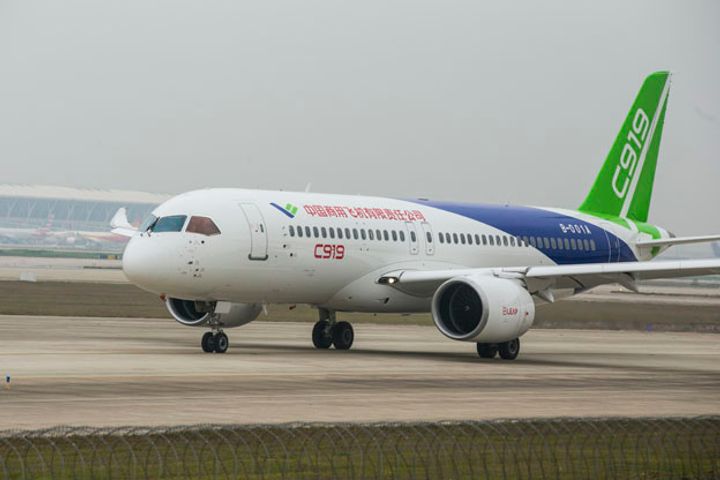 HNA signed a strategic cooperation agreement with the Commercial Aircraft Corporation of China, under which the Hainan province-based conglomerate expressed its wish to order 200 jets, Economic Information Daily reported. The pair signed a similar agreement with a number of 300 aircraft at the beginning of this month. HNA's revised wish has not yet been registered as an actual order.

The move suggests that debt-laden HNA is back on its prodigal track which started at the beginning of this year after years of overseas spending sprees.

COMAC will strive to obtain all the international safety certificates by the end of 2020 and deliver the first C919 orders in 2021, said Li Jian, deputy director of the Civil Aviation Administration of China. C919, a narrow-body twinjet airliner will carry from 158-168 passengers with the maximum range of 5,555 kilometers and so far COMAC has received 815 orders of this type of aircraft, data from the manufacturer shows.