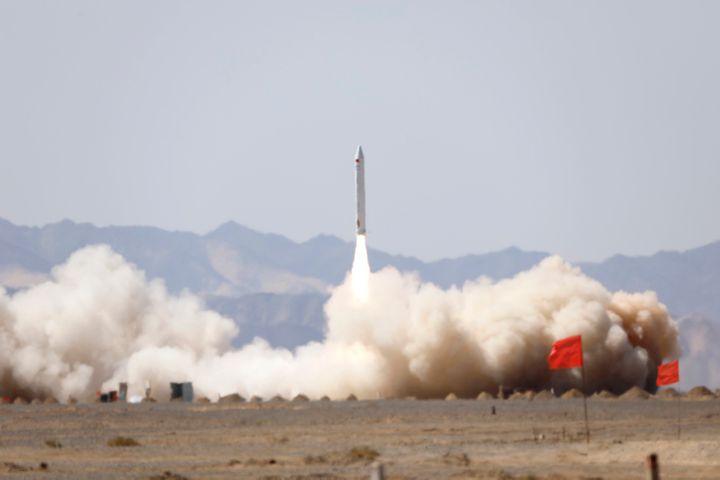 (Yicai Global) Aug. 14 -- Qiansheng Exploration Technology, which claims to be the developer China's largest private rocket, aims to launch six satellites to provide monitoring services in the fields of agriculture, construction and environmental protection by 2021.

Qiansheng has finished testing its first 65-kilogram satellite that will be launched in near future, Beijing Daily reported today. The startup, based in Beijing's "Silicon Valley," will begin using the first spacecraft, developed in 14 months, to monitor soil moisture in a pilot area from the height of 540 kilometers.

Chinese firms are sending more and more satellites into orbit but most of them are small spacecraft weighing a few kilograms, only usable in science education and branding, while Qiansheng's space station has commercial value, Chief Executive Miao Jianquan told Beijing Daily.

Qiansheng, located in Beijing's Zhongguancun, completed its pre-series A round of financing last year, participated by Harvest Investments and Shunwei Capital, the latter of which is led by Xiaomi's founder Lei Jun. The space startup, founded in 2017, did not disclose the sum raised.