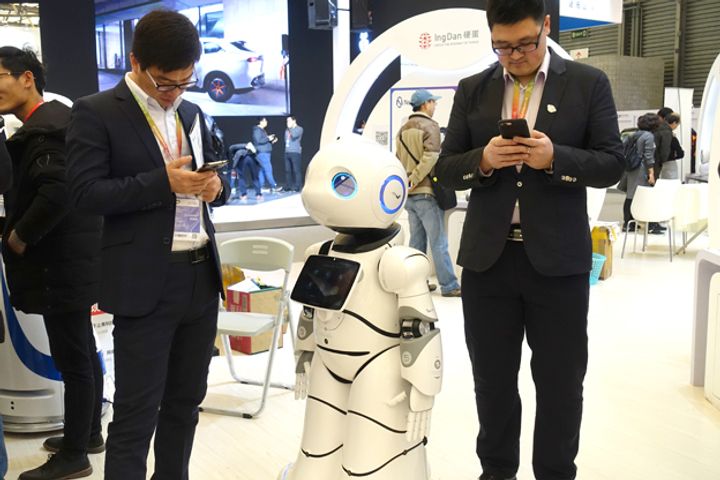 (Yicai Global) Aug. 16 -- China's robotics industry is short of key technological advances despite a rapid increase in its value to USD7 billion as more companies and individuals use robots, according to a government minister.

The sector is growing at an average rate of 30 percent a year, with more than 130,000 industrial robots made last year, state-backed The Paper reported Miao Wei, minister of industry and information technology, as saying at the World Robot Conference 2018 yesterday.

Regardless of initial successes, the sector still faces many challenges, including a lack of core innovations, narrow application fields, as well as flawed legal and regulatory frameworks, Miao said.

The minister also gave some credit to the expanding sector. China has made some positive progress in key research and development as well as application scenarios and as a result, industrial robots continue to improve in terms of usability, stability, and intelligence, while the product range of service robots is expanding.

The global robotics industry is expected to be worth USD30 billion this year, according to the International Federation of Robotics predicted. Last year, its value climbed 20 percent to more than USD25 billion from the year before.