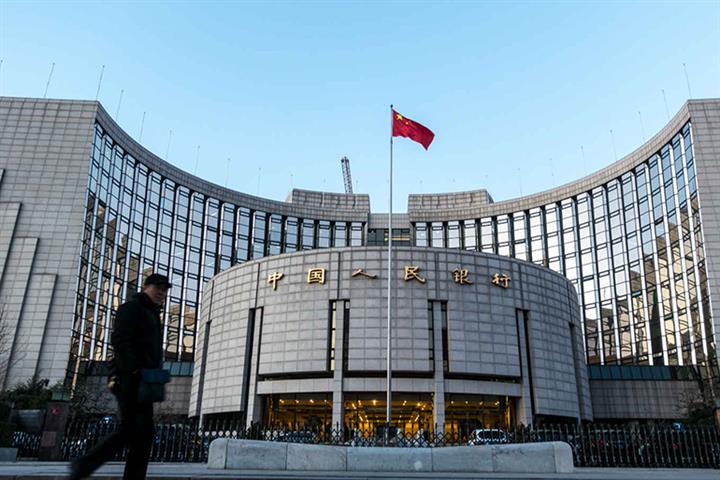 (Yicai Global) July 1 -- China will not experience either deflation or hyperinflation this year, according to researchers at the country’s central bank.

“Price increases are expected to remain within a reasonable range this year, with neither hyperinflation nor deflation occurring,” a team in the monetary policy department of the People’s Bank of China said in an article published today in China Finance, the bank’s own magazine.

The ultimate goal of China’s monetary policy is to keep the yuan stable and promote economic growth, the article said.

The country needs to prevent both inflation and deflation during the Covid-19 pandemic and as the economy gradually recovers, it said. In the next stage, the PBOC will continue to promote epidemic prevention and control as well as economic and social development. It will also adopt a more flexible and stable monetary policy, guide the growth of broad money supply, or M2, and keep prices basically stable, while social financing will be significantly higher than in the first half.

Due to supply-side factors, the consumer price index gradually climbed from last year to this January, showing clear structural characteristics. In May, the CPI rose 2.4 percent from a year earlier, but was down 0.8 percent over April, while the pace of increase has slowed for three straight months.

The CPI’s uptick between 2019 and early 2020 was mainly driven by soaring food prices, especially the cost of pork, the report said.

Food prices have been falling for several months as the government introduced measures to ensure supplies and resume production after the coronavirus outbreak. The CPI will trend higher in the first half and then lower in the second, falling quarter by quarter, with little possibility of a clear rebound, according to the PBOC’s researchers.

Affected by structural factors, CPI gains have slowed faster in recent months, with the rate of increase in the producer price index tumbling into the negative range. This reflects a typical deflation risk, according to some observers.

In this regard, the central bank researchers pointed out that the low price of non-food and industrial products shows that overall demand is still weak, but there will be no typical deflation. A number of key economic indicators have continued to pick up since the second quarter, which is also quite different from typical deflation.

From a fundamental perspective, China’s economy is generally stable, with mainly balanced supply and demand, and a stable monetary policy, leaving no basis for long-term inflation or deflation, the article noted.