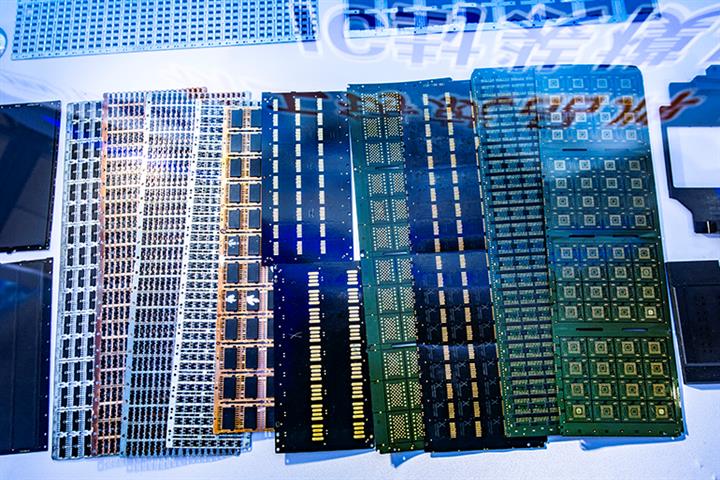 (Yicai Global) June 15 -- Shares of Sanan Optoelectronics and GigaDevice Semiconductor slumped today after the second-largest shareholder of both of the two Chinese chipmakers was said to reduce its shareholding in the coming months.

The China Integrated Circuit Industry Investment Fund will sell about CNY1.9 billion (USD267.8 million) worth of shares that make up no more than 2 percent of Sanan's outstanding total in the next six months, the Xiamen-based target firm said in a statement. The fund has an 11.3 percent stake in Sanan.

The CICF will also sell up to 1 percent of GigaDevice's outstanding shares, equaling about CNY1.1 billion, the Beijing-based company said in a statement. The fund holds 8.3 percent of the total, a stake worth more than CNY8 billion.

After the transactions, the CICF is still the second-largest shareholder of the two companies.

Since the end of last year, the government fund has started unloading its first phase of investments, originally launched in 2014, to lock in profits. Some of the deals have been very profitable as, for example, GigaDevice's stock price has multiplied since the CICF bought an 11 percent stake for CNY1.45 billion in August 2017. The fund remains one of the top 10 stockholders in 12 listed firms with assets worth about CNY40 billion (USD5.6 billion), according to data from the end of the first quarter.

The fund closed its CNY204-billion (USD28.8 billion) second phase last October, which is more than twice the scale of the first phase. Since this year, it has invested in Unisoc and Semiconductor Manufacturing International.