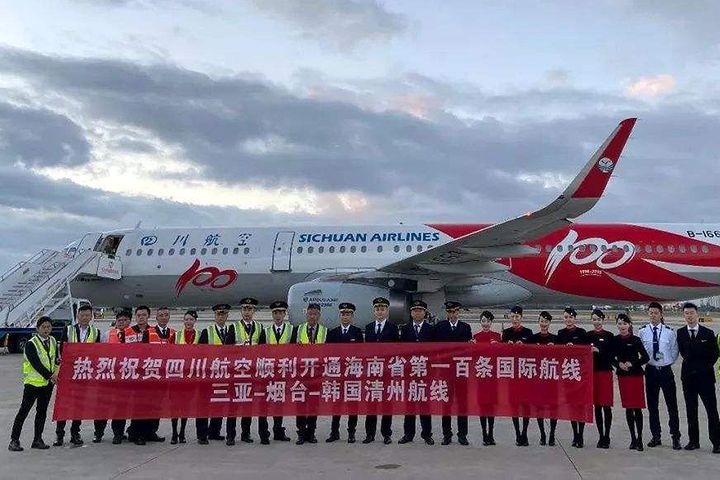 (Yicai Global) Jan. 10 -- The tropical paradise of Sanya on China's Hainan Island is to grant subsidies worth a maximum of CNY1 million (USD144,500) per flight on newly introduced international routes in a bid to bring in more foreign holidaymakers.

The subsidies will vary from CNY60,000 (USD8,600) to CNY1 million per aircraft depending on the frequency of flights and the number of passengers, and will be valid for between two to three years, the Hainan Daily reported today.

For carriers and air charter firms to be eligible for the grants, there must be at least one flight a week, the report said. The route must be direct with no domestic stopovers. Outbound flights must be at least half full for the first year, and the returning passenger load should not be under 40 percent.

In addition to this, the local government is offering grants of CNY400 (USD58) per inbound foreign passenger coming from an Asian country and CNY600 (USD87) per incoming overseas traveler en route from other continents.

The number of foreign visitors passing through Sanya's Phoenix International Airport is already on the rise. Last year it surged almost 30 percent from the year before to reach 1.2 million. In total, the airport handled a record 20.2 million passengers in 2019, the municipal customs office said on Jan. 7.