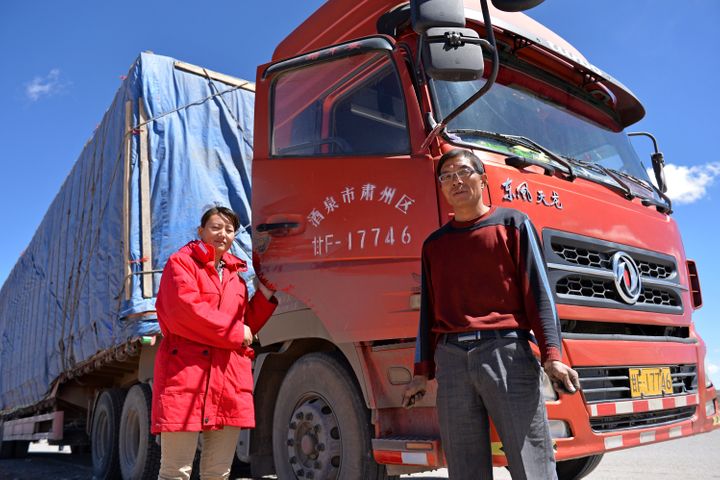 (Yicai Global) Dec. 28 -- Some 30 million Chinese truck drivers are heavily indebted -- more so than workers in any other profession in the country -- due to fierce competition resulting from low entry barriers in the trucking industry, per the Chinese Lorry Drivers Annual Report.

The most salient characteristic of the trucking profession is self-employment, meaning that drivers are employers and employees at the same time, according to the study Shen Yuan, a sociology professor at Tsinghua University, released on behalf of the Philanthropy Research Institute of Transfer Charity Foundation.

About 77 percent of drivers own a truck, Shen said. "High levels of indebtedness make the work of the drivers very different from that of people in other professions, and there is a correlation between indebtedness and over-competition in this particular market."

All the truckers surveyed for the report think that the industry has too many competitors and that shipping services are underpriced due to extremely low barriers-to-entry, said Shen.

Delivery drivers spend a lot of time 'on the road,' must negotiate with clients and deal with traffic police, road administration officers and thieves, putting them under great psychological stress.

They deliver 76 percent of the total volume of goods in China, but the public pays them little attention, Shen said.

The government should take their endurance into consideration when making road and traffic, market access and environmental protection policies, he suggested.

These motorists are in a highly mobile and risky trade in a fragmented market, and the social security provided for them is minimal and their social status is low, said Tu Meng, secretary-general of Transfer Charity Foundation. Society should offer them more welfare resources and create a new social support system, he said.

Chinese freight volume reached 44 billion tons last year with 33.6 billion tons traveling by road. China had the largest freight truck fleet of any country with 13.5 million of them at the end of last year, Ministry of Transport data show.