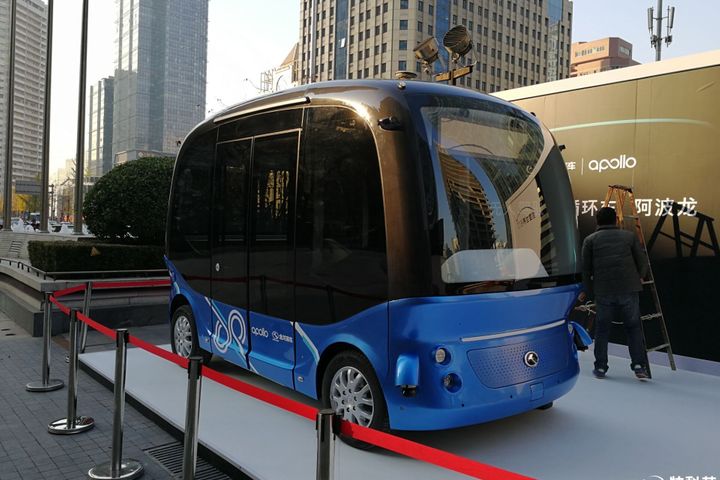 The minibus has no steering wheel and driver seat which makes it a totally driverless vehicle, Li said, adding it will run on a relatively closed road.