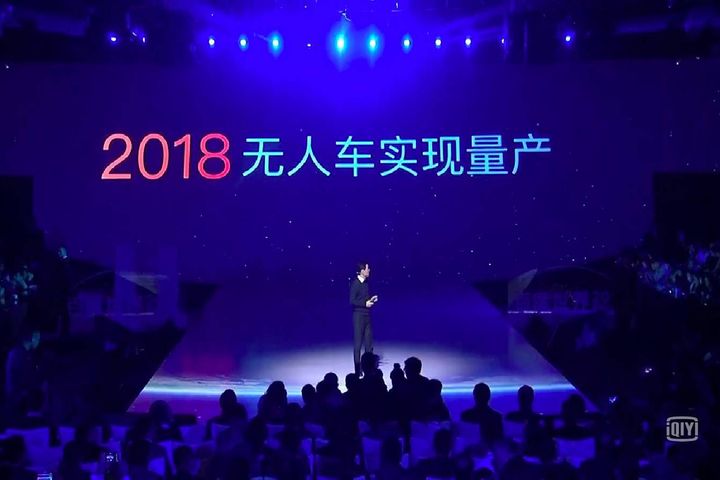 "After the Baidu artificial intelligence developer conference in July, the question that people asked me most frequently is 'did you get a ticket for riding a driverless car on the fifth ring road?'" Li said. "I did get one. The police are already ticketing driverless cars, we can't be far away from mass production."

More than 6,000 developers use Baidu's open Apollo platform, some 1,700 of them have joined the project as partners and 100 of the partners have applied for access to open-source Apollo data, he said.

The consensus is that mass production of self-driving car can be achieved in 2020, but Baidu is an innovator and 2020 is not good enough for the group, he said. The company plans to partner with Anhui Jianghuai Automobile Group Co. [SHA:600418] and BAIC Motor Corp. and Chery Automobile Co. to roll out self-driving cars in 2019 and 2020.

"Baidu has opened more than 80 Brain application program interfaces so far, and over 370,000 developers have used these APIs," Li said. "They are called up 218.8 billion times by internal and external products on a daily basis. It is very likely that your mobile apps, electric appliances and devices are actually powered by Baidu Brain backstage."