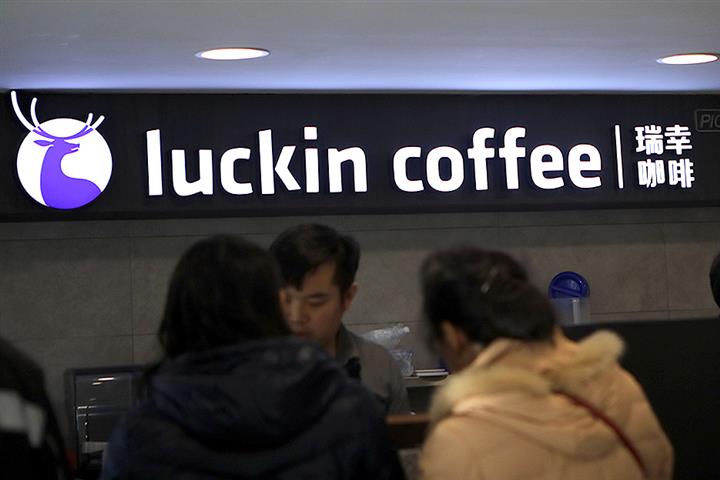 (Yicai Global) April 27 -- China’s securities regulator has dispatched a team of inspectors to Luckin Coffee to look into the accounting fraud at the US-listed chain that came to light earlier this month, the finance channel of Tencent News reported.

It is the first time since China’s revised securities law came into force last month that the China Securities Regulatory Commission has exercised its long-arm jurisdiction to hold an overseas-listed company accountable, the report said. The team has been at Luckin for several days, with auditors reviewing the company’s finances, it added.

The move follows rumors that Xiamen-based Luckin has been taken over, with all its data seized and all its executives under scrutiny. Luckin is actively cooperating with the authorities and its nationwide stores are operating normally, it has said on Weibo.

Once determined to overtake Starbucks in China, Luckin Coffee filed a report with the US Securities and Exchange Commission early this month in which the firm admitted to falsifying CNY2.2 billion (USD311 million) of sales between the second and fourth quarters of last year. After that, shares of Luckin Coffee [NASDAQ:LK] tumbled more than 80 percent and have been suspended since April 8.

China’s financial regulators are taking the matter seriously. The CSRC strongly condemned the fraud in an April 3 statement, saying that no matter where a firm was listed, it should strictly abide by the laws and regulations of that market and fulfill its disclosure obligation in a true, accurate and complete manner.

China’s revised securities law grants the CSRC the right of long-arm jurisdiction, enabling it to investigate and hold overseas securities issuance and trading activities accountable if they impact the domestic market or damage the legitimate rights and interests of domestic investors.