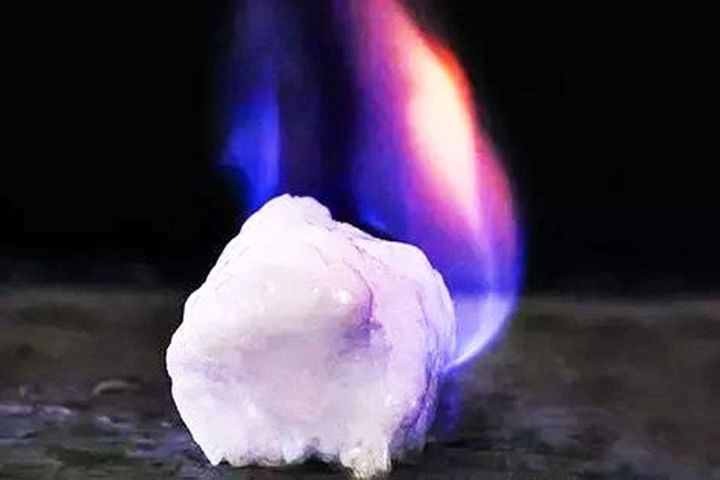 (Yicai Global) Dec. 20 -- China's ministry of science and technology has approved the establishment of the state key laboratory of natural gas hydrate by China National Offshore Oil Corporation Research Institute. It signals China, which is a major energy consumer as the world's most populous country, will increase research and exploration of natural gas hydrate, also known as combustible ice.

Natural gas hydrate is a solid clathrate hydrate in which a large amount of methane is trapped within a crystal structure of water, forming a solid similar to ice under high pressure and low temperature. It has the characteristics of high combustion value, low pollution and large reserves, and is regarded as the alternative energy for oil and gas, reported online media outlet the Paper, part of the Shanghai United Media Group.

The mining for combustible ice is a worldwide problem, which is due to its mineralization principle and its physical and chemical properties. Natural gas hydrates are formed under high pressure and low temperature. Once the pressure drops, or the temperature rises, it will become gas, with its volume increasing over 160 times. The key for combustible ice mining lies in orderly and controllable procedure with no secondary disasters such as geological ones.