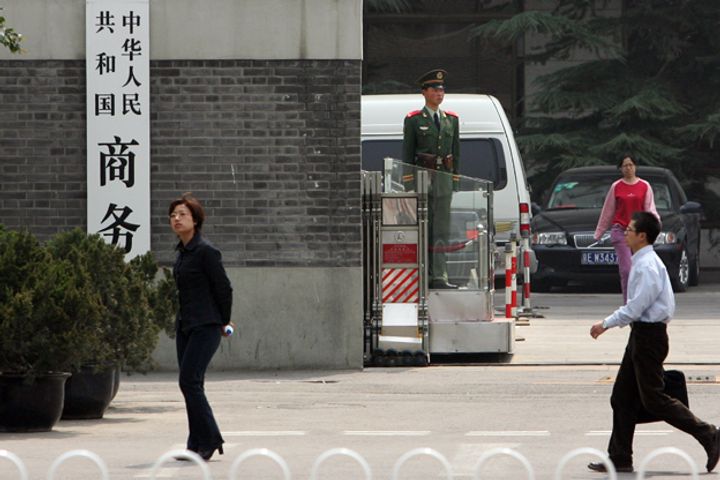 (Yicai Global) May 31 -- China will impose anti-dumping duties on m-phenoxy benzaldehyde from India at rates ranging from 36.4 percent to almost 57 percent for a period of five years from June 8, the ministry of commerce announced on its website today. China's decision follows a serious of anti-dumping duties India imposed on imports of different products from China since the beginning of this year.

A 56.4 percent anti-dumping duty will be applied to imports from pesticides manufacturer Bharat Rasayan, 36.4 percent to Hemani Industries, 52 percent to Gujarat Insecticides, and 56.9 percent to some other Indian manufacturers of the product.

India last month levied anti-dumping duty on imports of phosphorus pentoxide from China, which followed another series of similar duties on nearly 100 products including fibres and chemicals from the world's second-largest economy earlier this year.

M-phenoxy benzaldehyde is mainly used in pyrethroid active pharmaceutical ingredients, or APIs, and then used in the preparation of pyrethroid insecticide and other pesticides.

Imports of m-phenoxy benzaldehyde from India rose to 3,637 tons in 2016 from 1,571tons in 2013, up about 131 percent during the three years, shows publicly available information.

Imports of the product from India made up 38 percent to 48 percent of the total in China's domestic market in 2013 and 61 percent to 81 percent in 2016, with a cumulative increase of about 29 percentage points.