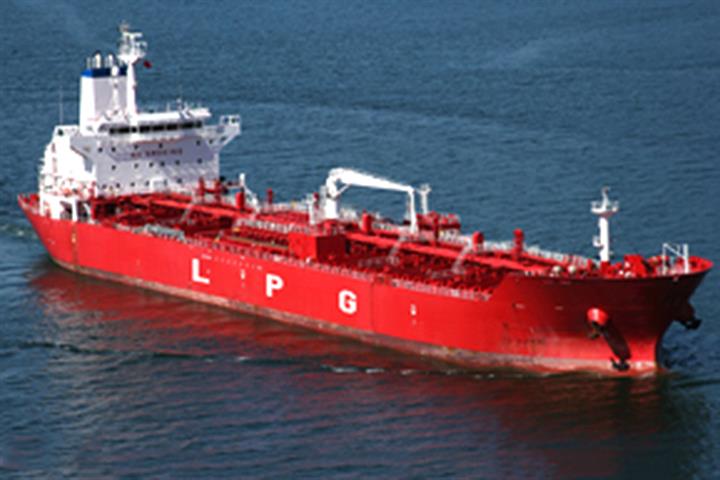 (Yicai Global) Aug. 25 -- China's Satellite Petrochemical has made preparations to secure costly vessels to carry alkanes from the US for its large petrochemical project in eastern China.

SP's unit penned deals with two South Korean shipbuilders, Hyundai Heavy Industries and Samsung Heavy Industries, to order four hydrocarbon carriers for USD441 million, the Zhejiang province-based firm said in a statement today. Deliveries should start from the second quarter of 2022 while the buyer could consider selling the contracts and leasing the vessels.

The Chinese firm also signed a 15-year lease agreement yesterday with Tianjin-based Southwest Maritime regarding two ships, it added. The annual rent for the two vessels is around USD500 million.

The major acrylic products manufacturer is currently building its CNY33 billion (USD4.8 billion) petrochemical project in Lianyungang to make 2.5 million tons of ethylene and 1.5 million tons of propylene each year, as well as downstream chemical products. The factory should use alkane products made from shale gas, shipped from Texas, the US.

The first phase of the project is expected to be ready by the end of this year while the company is already making plans for the second phase with the six new ships.

SP has teamed with Hyundai Heavy Industries and Samsung Heavy Industries before. Its unit penned three shipbuilding contracts for USD717 million for the first phase of the plant in March 2019. It transferred the contracts to Malaysian shipowner MISC Berhad and penned lease contracts with the latter's subsidiary last month.