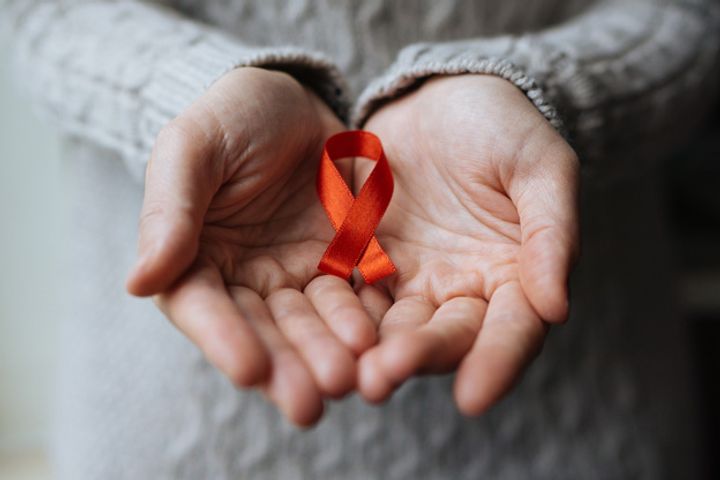 (Yicai Global) Nov. 23 -- China has made  great strides to reduce the occurrence of the human immunodeficiency  virus, more commonly known as HIV and the following disease called AIDS,  found among its population. However, some 30 percent of the infected  may not know about it.

Some 1.3 million Chinese people are  diagnosed with HIV, which means that 9 out of 10,000 Chinese people have  the autoimmune disease, data from the Chinese Center for Disease  Control and Prevention show.

China's prevalence to acquired  immunodeficiency syndrome (AIDS) is at a low level compared with that of  other countries, said Wang Bin, the deputy director of the national  disease monitoring bureau. The prevention and monitoring work, the cost  of which increases year by year, has achieved remarkable results, Wang  added.

The infection has caused some 262,000  deaths while 85,000 patients have survived to live with the disease as  of at the end of September, according to Wang. China is estimated to  have 80,000 new cases each year while about 30 percent of people who  carry the virus do not know about it and have not gotten tested.

Infections caused by blood transfusion  have dropped to close to zero due to a widely adopted procedure of  testing blood donors for the disease. This policy has been enforced  after a village in central Henan province was caught in a blood  transfusion-related HIV outbreak in the 1990s.

The network of AIDS treatment covered  over 80 percent of the country last year, and the success of the medical  aid was more than 90 percent, Wang said. The mother-to-child  transmission rate of AIDS dropped to nearly 5 percent in 2017 from a bit  over 7 percent in 2012, which was the lowest level in Chinese history.