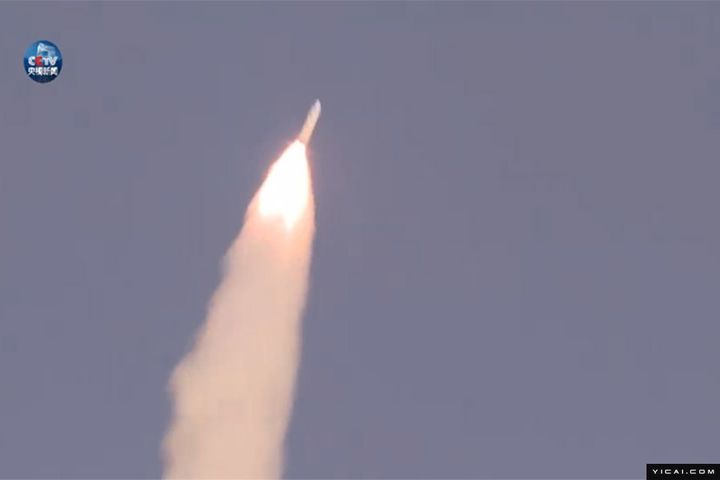 (Yicai Global) May 17 -- China has successfully launched the country's first privately-developed OS-X commercial rocket dubbed 'Chongqing Liangjiang Star' at a base in northwestern China. It marks success for China's private enterprises in the field.

The rocket blasted off at 7.33 a.m. today, online news site The Paper reported from the launch site.

After the launch, the rocket carried out optical and radar measurement and remote sensing operations normally in line with preset targets, said Ma Chao, president of rocket design and manufacturing startup OneSpace Technology Co., and Lin Peng, deputy head of the Shenyang institute of Aviation Industry Corporation of China Ltd., in a joint press conference. The launch was successful, they added.

As a long-duration controlled near spaceflight, the rocket's maiden flight generated a substantial amount of first-hand flight environment data, and the test is a complete success, fulfilling all the client requirements, Ma added. The rocket can fly at a maximum height of 38.7 kilometers, he said.

China has an ambitious space program and plans to complete the construction of its manned space station around 2022.

OneSpace has also developed M-series rockets focused on microsatellite networks and launch, and the first M-series orbiter is slated for maiden flight late this year.

As the first private company that has been licensed to design and develop carrier rockets and other spacecrafts in China, OneSpace Technology Co. specializes in research and development, design and final assembling of small low-cost carriers.