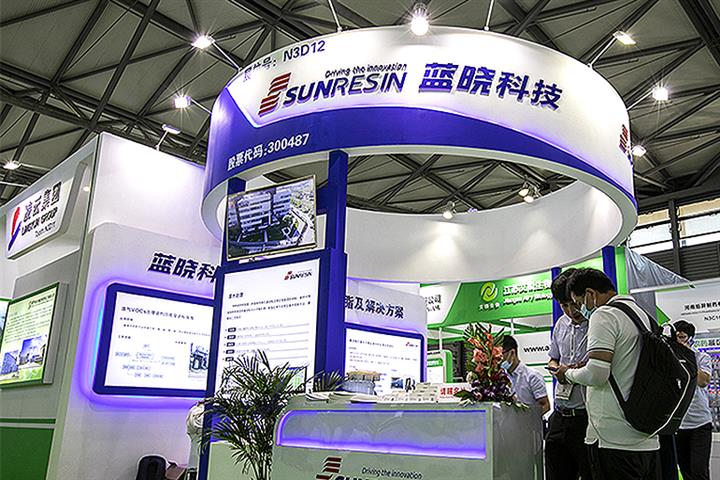 (Yicai Global) April 7 -- Shares in Sunresin New Materials advanced as much as 2.9 percent today after the firm, which makes equipment to extract lithium from salt lakes, said it will provide Australian mineral exploration firm PepinNini Minerals with extraction technology at its Argentinian salt lake project.

Sunresin will apply its Direct Lithium Extraction tech to PepinNini’s project in the South American country’s Salta province to extract lithium from salt lake brine, the Xi’an, central Shaanxi province-based company said today. A memorandum of co-operation was signed on April 4 and is meant to be the start of a long-term partnership between the two parties, it added.

No financial details were given.

Pilot production of battery-grade lithium carbonate will begin once a feasibility assessment and sample testing are completed, Sunresin said. After this, they will sign a separate technical partnership deal for mass production.

The deal will mark the actual application of Sunresin's adsorption technology on high-quality overseas brine resources and will help Sunresin establish a long-term and stable partnership with an international mine resource developer, the company said. PepinNini also has development rights to other mines in Australia and Argentina.

In January, Sunresin said it was linking arms with electric car battery maker Eve Energy to build and operate a lithium hydroxide plant with an annual capacity of 10,000 tons in China's far western Xizang Autonomous Region as demand for the anode material used in car batteries grows.