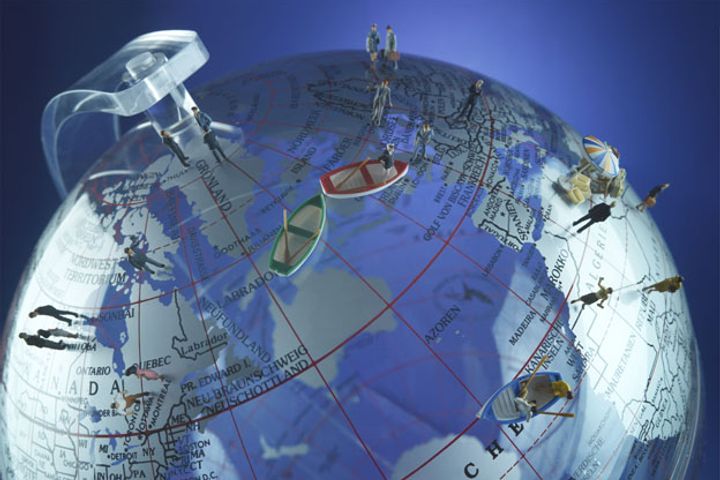 (Yicai Global) June 21 -- China supports free and fair trade and encourages two-way opening of and equal competition in the market, Chinese Premier Li Keqiang said yesterday when meeting the US representatives who are attending the 9th round of China-US CEO and Former Senior Officials' Dialogue in Beijing.

As the largest developing country and the largest developed country in the world, China and the United States have strong economic complementarities and close contacts in various fields. The common interests are far greater than differences, Premier Li said, adding that not long ago, the two presidents met successfully and reached important consensus on promoting stability and development of China-US relations.  As long as both sides stick to the principle of equality and mutual respect, and make efforts to enhance the level of cooperation to properly resolve their differences through dialogue and consultation, China-US relations will maintain the momentum of development, which is beneficial to both countries and the world, Premier Li stressed.

Economic and trade cooperation is an important cornerstone of China-US relations, he stated. China supports free and fair trade and encourages mutual opening of and equal competition in the market. We will gradually expand market access, further optimize the business environment, and improve the competitiveness of China's economy, so that consumers have more choices, Premier Li pointed out. China welcomes companies from all countries including the United States to continue to invest in China, especially to seize huge opportunities brought about by the rapid development of the service industry and the manufacturing industry transformation and upgrading, which he said would help promote bilateral economic and trade cooperation and a dynamic balanced development as well as better achieve mutual benefits and win-win situations. We would like to strengthen exchanges with the business community of the United States and jointly relay positive signals for economic and trade cooperation between the two countries to provide a stable and good expectation for the market, he added.

The representatives of the US delegation said that the smooth development of the relations between the United States and China is of great significance to both sides and the world as a whole. American businesses are optimistic about prospects in Chinese market and opportunities for cooperation with China, paying close attention to China's reform and development agenda and specific initiatives to expand the opening up. American businesses are willing to work to help promote understanding between the two nations, to overcome differences, promote mutual equality and openness, and create more employment and growth opportunities.