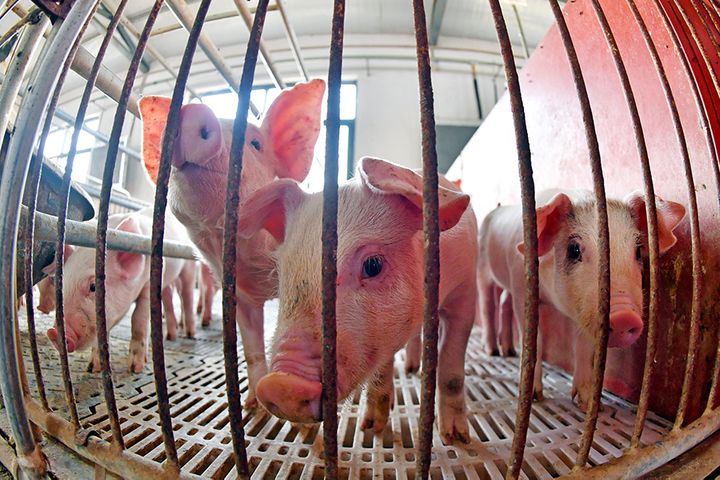 The country will continue to provide special interest rate loans for breeding farms and large-scale pig farms to ease their financial burden, the ministries of finance and agriculture jointly announced yesterday, extending a policy due to have expired at the end of July to the end of 2020.

African swine fever has swept the country since last year, resulting in mass culls. Pork prices have gradually risen, with the rally accelerating since August. The price of live hogs in the second half of the year jumped 10.7 percent compared with mid-August, according to figures released by the National Bureau of Statistics today.

Because of a long cycle in pig farming, pork prices tend to have relatively large fluctuations, greatly impacting consumer inflation. Pricier pig meat tends to drive up the cost of other consumer goods. As a result, the government pays much attention to stabilizing pork prices.

The country will also lower the threshold for companies to apply for preferential interest rates, the ministries said in a policy document without giving further details. According to the initial measures only pig farms with annual output of more than 5,000 hogs were eligible for a maximum 2 percent discount.

China will also offer an incentive of CNY40 (USD5.60) per fertile sow to farmers using artificial insemination to breed herds, the ministries said.

The government will improve and speed up the distribution of subsidies to farmers who were forced to cull pigs because of African swine fever, the document added, ordering local governments to distribute funds from central or provincial governments within three months to effectively curb pressures on farmers in covering their losses.

It will temporarily raise insurance coverage for fertile sows and fattening pigs from May 1 to Dec. 31 next year to enhance farmers' resilience in the face of risks and encourage them to resume hog breeding, according to the document.

China will increase incentives for farmers to relocate their production out of large counties, with a focus on supporting regional pig production, disease prevention and control, and infrastructure building, the ministries said.