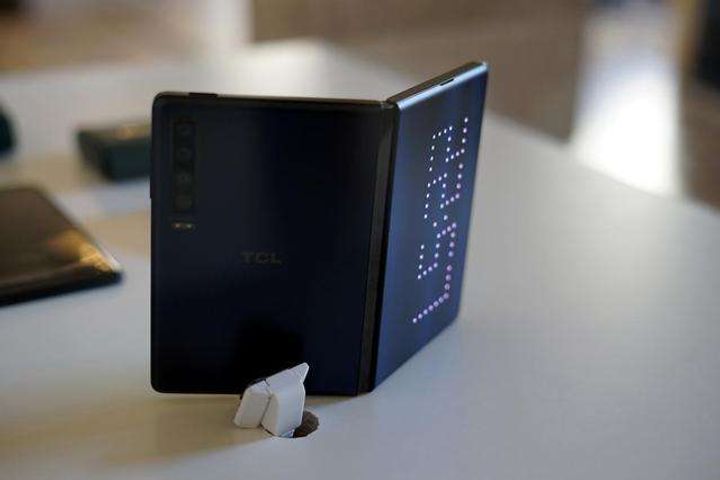 TCL's prototype phone was unveiled yesterday at the Mobile World Congress in Barcelona, Spain. It is widely expected to retail for less than Huawei's Mate X, which at USD2,600 is the world's most expensive foldable next-generation phone, and Samsung's Galaxy Fold, which will retail for nearly USD2,000.

At the trade show, Huizhou-based TCL showed off vertically- and horizontally-foldable mobiles. The latter, which is relatively common, can open into a 7.2-inch screen with a resolution of 2048*1536 and a 90.73 percent screen-to-body ratio. The firm developed both the screen and hinge by itself.

Given the actual experience of consumers, the company does not expect to officially sell a variety of foldable products, including mobile phones, until next year, according to Li Shaokang, general manager of the global sales and marketing center at TCL Communications.

TCL has applied its patented DragonHinge technology to the phones, enabling customers to fold and bend the handset between zero and 180 degrees to adapt to various application scenarios and user demands. TCL's subsidiary, Shenzhen China Star Optoelectronics Technology, has provided the flexible display screen.

The subsidiary established a production line for the sixth generation flexible display panel in Wuhan, central Hubei province, for CNY35 billion (USD5.2 billion) in 2017. The project, which was designed to produce 45,000 sheets of glass substrates each month, will gradually enter the stage of operation and mass production this year.

"The practical applications of foldable mobile devices need to overcome three challenges: flexible screen, durable mechanical case and new supporting software," Li said, adding that China Star has so far overcome many difficulties relating to screens and TCL will continue to seek appropriate software solutions to prepare for sales in 2020.

Huawei unveiled its first 5G foldable phone in Barcelona on Feb. 24. The Shenzhen-based company is expected to make the EUR2,299 (USD2,611) phone available in June.