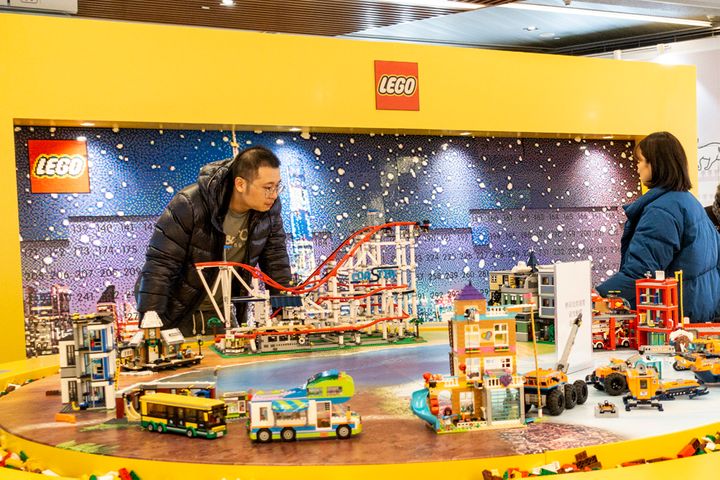 China's Third Legoland to Open in Shanghai in 2023

(Yicai Global) Nov. 6 -- Britain's Merlin Entertainments, the operator of resorts based on Danish Lego toys, is already planning to build its third Chinese Legoland, one of the largest ones in the world, before completing the other two.

Merlin, Jinshan's district chief Hu Weiguo, Shanghai's CMC, and Denmark's Lego Group penned an investment agreement at the China International Import Expo to construct a USD550 million Legoland Park & Resort in Shanghai's Jinshan, the eastern city said in a statement on its official WeChat account today. The theme park and a hotel are set to open in 2023.

In 2017, Poole-based Merlin announced that its first Chinese Legoland in Shanghai's Qingpu district is scheduled to open in 2022. The second one, set on the island province of Hainan, should be ready the same year.

The second Shanghai park will integrate Lego elements into the Chinese culture and offer immersive experiences for families with children aged from two to 12. The area with the resort is expected to draw in more tourism investment with a total of CNY10 billion (USD1.4 billion).

Since the first Legoland opened its gates in Billund, Denmark, in 1968, more of them have been built in Germany, California, New York, and Dubai.