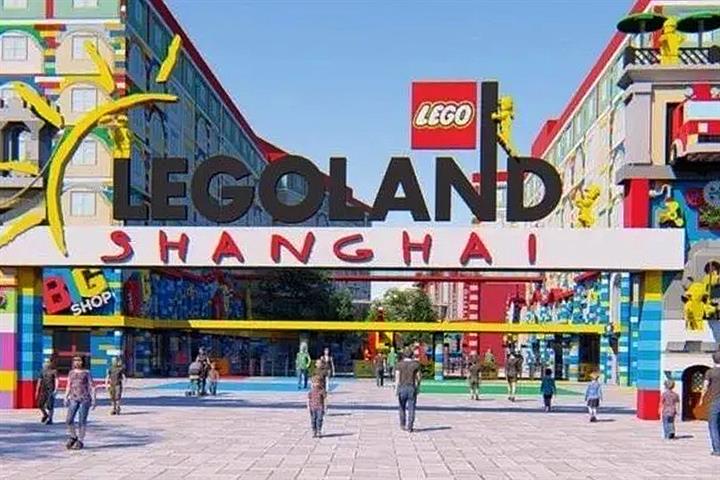 (Yicai Global) Sept. 22 -- A joint venture between Britain's Merlin Entertainments, Chinese conglomerate CMC, and an investment company of the family of the founder of the Lego Group have secured land to build a Legoland in Shanghai amid two other ongoing Lego projects in China.

The theme park based on Danish Lego toys is expected to open in 2024. Construction should begin in November and the total investment is predicted to be USD550 million. The three parties involved are Poole-based Merlin, Shanghai-headquartered CMC, and Billund-based Kirkbi Invest.

The world is receiving a quickly rising number of Legolands. The ninth such resort is expected to be ready by next year in South Korea.

China is a key market. Two Lego-oriented parks are currently being built in the country, one in southwestern China's Chengdu and one in the southeastern tech hub of Shenzhen. The latter of them is expected to become the world's largest Legoland. The total investment in the 580,000-square meter Shenzhen park should reach USD1.08 billion, according to a plan released on Aug. 26.

The park in Shanghai's Jinshan should integrate the Chinese culture, local urban features, and the charm of the southern parts of the Yangtze River into an immersive theme park with a lot of stories, according to the district.

In September 2019, the Lego Group said it will construct a Legoland in Sichuan province's Chengdu. Construction of the 159,000-square meter project kicked off in June 2020 with an expected investment of around CNY3 billion (USD460 million).