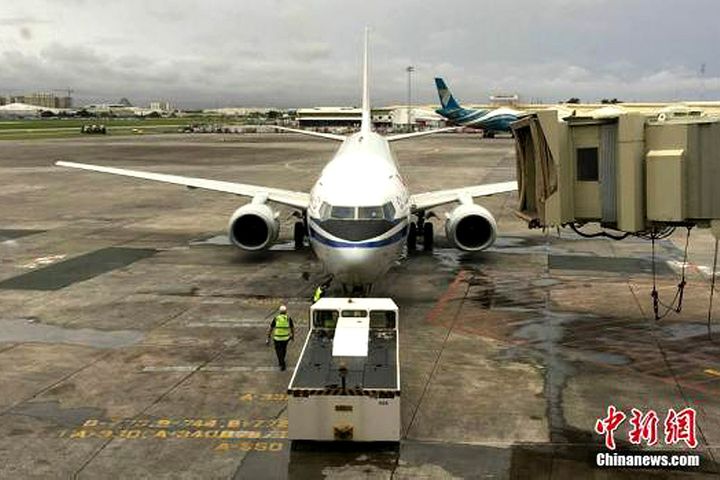 (Yicai Global) March 6 -- China is offering generous financial support to domestic and foreign airlines that fly to overseas destinations to ensure that the country maintains basic links with the rest of the world and to help shore up carriers whose business has been hit hard by the novel coronavirus.

All airlines that operate international flights during the epidemic will be eligible for government subsidies, the Civil Aviation Administration of China and the Ministry of Finance announced on March 4.

"The grants are quite substantial," Lin Zhijie, a civil aviation industry insider, told Yicai Global. Both domestic and foreign airlines are eligible as long as they fly, he added.

A round-trip flight on exclusive European and American routes carrying 300 passengers over a distance of 10,000 kilometers will be subsidized to the tune of over CNY300,000 (USD43,135), Lin said. For shared routes, carriers can receive around CNY100,000 each.

Even for short-haul flights to Asian countries, airlines will receive between CNY30,000 and CNY50,000 on exclusive routes, Lin said.

The subsidy will help to make up for the losses incurred over the last month and a half when carriers were ordered to keep flying abroad despite a huge number of passenger cancellations, Lin added.

China's civil aviation sector likely lost more than CNY10 billion (USD1.4 billion) last month due to low passenger counts amid the epidemic, according to industry insiders. Large airlines are bleeding CNY100 million (USD14.3 million) a day and mid-sized ones tens of millions of yuan. They have been slashing prices in response.

"Airlines are expected to lose around CNY15 billion in February, more than half of the industry's total profit last year," Lin previously told Yicai Global.

China has already handed out CNY1 billion (USD144 million) to Chinese and foreign airlines to keep them in the air between Jan. 23 and March 3, according to leading travel data intelligence company AirSavvi.

China Southern Airlines uses a 361-seater Boeing 777 aircraft for its 12,852 km-long flight from Guangzhou to New York. The airline can receive CNY490,000 from the government each round trip, equivalent to 98 passenger tickets, without taking into account taxes.

Similarly, the Beijing-New York route jointly operated by Air China and the US' United Airlines, which is 10,971 km long and uses a 293-seater Boeing 787 aircraft, would be eligible for CNY57,000 in aid for a round-trip flight. That is the equivalent of 11 passenger tickets, without taking taxes into account.

The CAAC will also cover the transport costs of airlines that carry out major international flight missions related to the prevention and control of the epidemic, as audited by an intermediary agency.