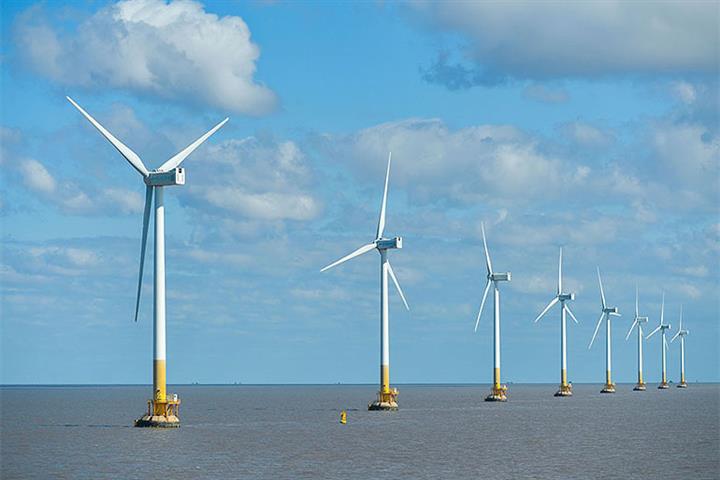 China to Add 455 GW of Solar, Wind Power via Northern Projects by 2030

(Yicai Global) Feb. 28 -- China's macroeconomic planning agency has announced another batch of renewable energy projects, focusing on the resource-rich Gobi desert area in the northern part of the country, to increase the country's wind and solar power supply.

The new projects will add a total of 455 gigawatts of clean electricity generation capacity by 2030, the National Development and Reform Commission announced recently. Last November, the NDRC had revealed its first batch of the projects for 97 GW of renewable energy.

More than half of the latest 455GW capacity will be built in four desert areas of Kubuqi, Ulan Buhe, Tengger, and Badain Jaran, another 30 percent will originate from other Gobi desert regions, the remaining projects shall be built on the subsidence area of abandoned coal mines.

Of the 455GW total capacity , more than 40 percent or 200GW capacity will be up and running by 2025, with 150GW is scheduled to distribute to other parts of China and only 50 GW will be consumed in local demand.

The second batch of projects is more concentrated in northern China with majority of projects located in desert area compared with the first batch and most of the power it produced will be distributed to areas with relatively scarce resources, said Zhang Jianhong, senior engineer at China International Engineering Consulting.