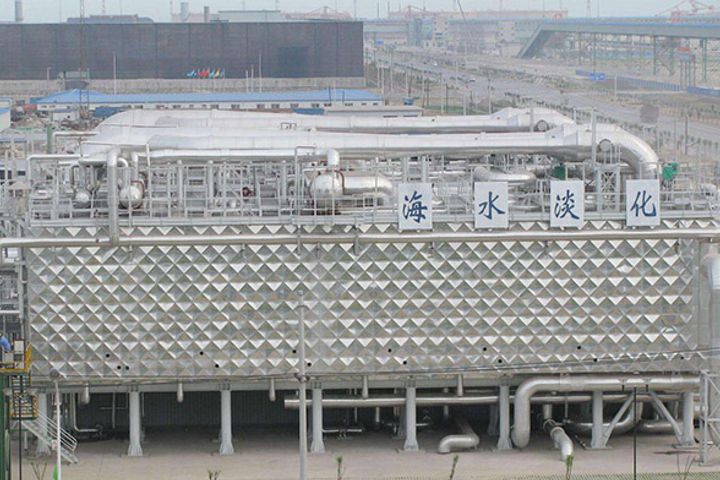 (Yicai Global) Dec. 15 -- China will increasingly use seawater desalination as one of the major freshwater supply methods in severely water-scarce islands. A policy document recently released by the central government calls for the implementation of seawater desalination projects to effectively ease island residents' water use problems within three years, China Ocean News, sponsored by the state oceanic administration of China (SOA), reported.

The document issued jointly by the National Development and Reform Commission (NDRC), China's top macroeconomic planner, and SOA recently highlighted seawater desalination as one of the major fresh water supply methods to employ in the severely water-scarce island regions by 2020 through desalination projects.

It calls for promoting the construction and upgrading of seawater desalination projects in about 100 islands in the coastal provinces of Liaoning, Shandong, Zhejiang, Fujian and Hainan within a period of three to five years with a total scale of about 600,000 tons per day.

The government will allocate extra budget and other special funds to support sea island desalination projects. However, the document calls for improving investment and financing channels and implementing the desalination preferential tax policies that have been introduced.

Of China's 489 inhabited islands with an area of more than 500 square meters, more than half of them currently rely on diverting water through pipelines and water supply by ships. More than 200 islands have no freshwater storage and supply facilities on the island, and some of the islands have made over-exploitation of groundwater severely.