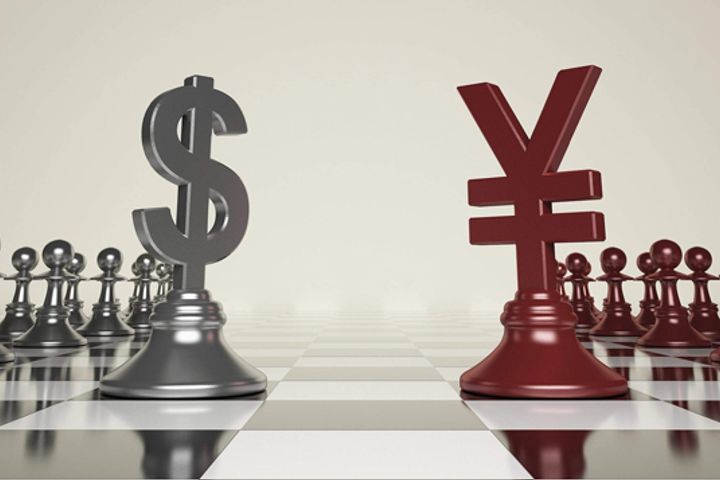 (Yicai Global) March 29 -- China will announce a formal implementation date for a list of suspension of concessions on certain U.S. products after the end of a public consultation period. China formulated the list in retaliation to an earlier U.S. decision to impose tariffs on steel and aluminum imports from the world's second largest economy.

China will go ahead with its suspension decision taken in response to the U.S. Section 232 measures of the Trade Expansion Act of 1962 against aluminum and steel imported from China and is soliciting public opinions at present, said Gao Feng, spokesman for the ministry of commerce, in a regular press briefing today.

The U.S. Section 232 measures were announced on March 8 before President Trump's latest and wider Section 302 measures and cover different categories of imports from China. In response, China formulated a list which contains seven categories and 128 products to remove concessions on USD3 billion worth of imports from the U.S., including fresh fruit, dried fruit, nut products, wine, modified ethanol, American ginseng and seamless steel pipes.

"After the end of the public comment period on March 31, the ministry of commerce will assess the public opinions collected in a timely manner and announce the formal implementation date in due course," Gao said.

"China has expressed a very clear position that a trade war is not what it wants," Gao emphasized in response to a question of whether US-China trade tensions would escalate. "China is actively developing a global partnership, striving to expand the convergence of interests with other countries in the world, and building a new type of win-win cooperation relationship," the spokesman said.

However, China will never be afraid of a trade war and it opposes any country's imposing its will on others and using its strength to bully the weak, Gao stressed. China will take all necessary measures to resolutely defend its legitimate rights and interests, he said, adding China urges the U.S. not to take any measures that may impair the economic and trade relations between the two countries, as it will eventually shoot itself in the foot by doing so.