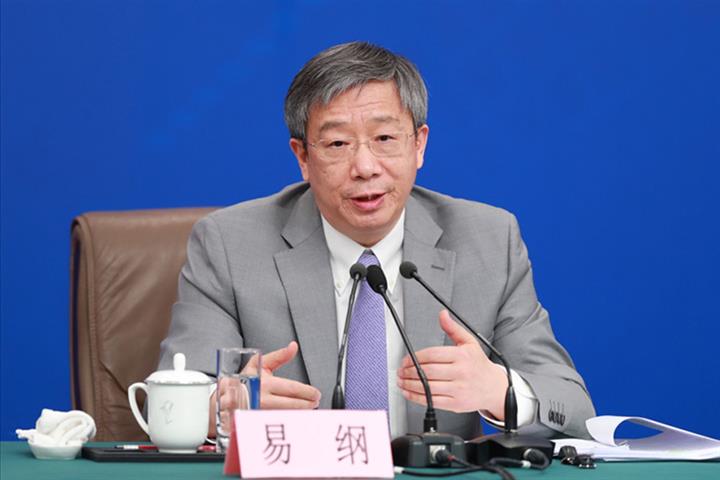 (Yicai Global) Dec. 2 -- The governor of China’s central bank said inflation in the country is expected to remain at a moderate level next year.

Yi Gang made the prediction at a seminar themed ‘Changing Landscape of Central Banking’ co-hosted by the Bank of Thailand and the Bank for International Settlements, the People’s Bank of China said on its website today.

China’s inflation rate is about 2 percent, mainly because of a bumper grain harvest and stable energy prices, Yi noted. Natural gas and oil prices are consistent with international levels, and coal prices remain stable, he pointed out, adding that the country’s advanced development of renewables has also played an important role in keeping electricity prices steady.

Price gains slowed to 2.1 percent in October, according to data the National Bureau of Statistics released on Nov. 9. This year, China’s inflation has ranged between 0.9 percent in January and February and 2.8 percent in September.

The Chinese economy continues to recover despite a more complex international environment and multiple challenges arising from waves of Covid-19. In the first 10 months of the year, the added value of China’s industrial firms rose 4 percent from a year earlier, while retail sales of consumer goods edged up 0.6 percent to CNY36.06 trillion (USD5.11 trillion), and investment in fixed assets rose 5.8 percent to CNY47.15 trillion.

The PBOC recently announced a 25 basis point cut to the reserve requirement ratio, or the amount of cash banks must hold in reserves, to about 7.8 percent from Dec. 5, guiding market rates lower. At the same time, it used structural monetary policy tools to bolster support for agriculture, rural areas, farmers, small and micro enterprises, private firms, and green development.

Many emerging economies and low-income countries face currency depreciation, capital outflows, and inflationary pressures. Mortgage rates and purchasing manager indexes in many countries also suggest that an economic slowdown or recession is increasingly likely next year.

Central banks need to find a balance between curbing inflation and maintaining growth, Yi pointed out.