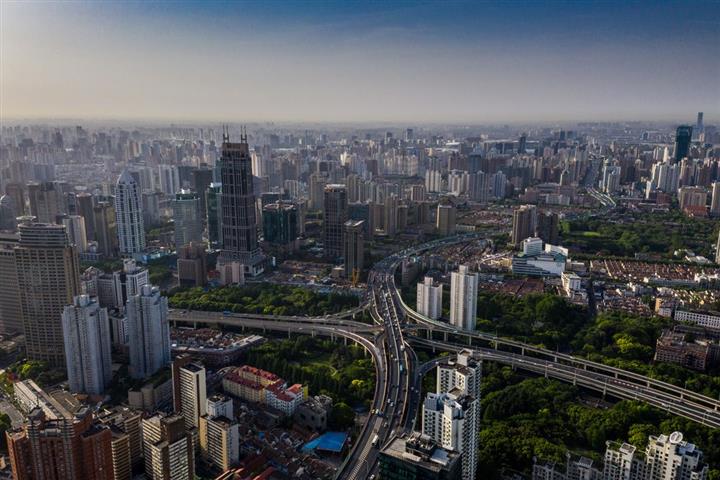 (Yicai Global) May 6 -- Finance Minister Liu Kun said today that China will “steadily advance” real estate tax legislation and reform. It is the second time Liu has mentioned the issue in an official document in the last six months, suggesting that the government is eager to press ahead with the legislation.

Liu published an article titled Establish and Improve a Modern Fiscal and Taxation System Conducive to High-Quality Development on the ministry’s website today, revealing the next steps in fiscal and tax reform.

But this year's legislative work plan for the Standing Committee of the National People's Congress did not mention property tax legislation. The 14th Five-Year Plan, which runs through 2025, also only referred to the need to “facilitate” tax legislation.

Progress will be made, but a bill probably will not be submitted to the Standing Committee for deliberation this year, and whether it can be set in motion before 2026 remains to be seen, several fiscal and tax experts told Yicai Global.

Following tax cuts and fee reductions, China’s macro tax burden fell to 24.4 percent last year from 28.1 percent in 2016 on an internationally comparable basis, and the proportion of tax in gross domestic product has dropped from 17.5 percent to 15.2 percent, a relatively low level globally, Liu said in the article.

It was the first time that Liu has publicly talked about maintaining a stable macro tax burden, following government calls in March to stabilize, rather than reduce, the overall tax burden.

Macro tax burden refers to fiscal revenue’s share in GDP, which reflects the government’s share in the distribution of national income and the relationship between government, businesses and individuals in terms of control of social resources. The government called for a cut in 2016, and introduced a CNY7.6 trillion (USD1.2 trillion) tax and fee reduction policy.

Liu also mentioned the need to resolve debt risks at the local government level, adding that local authorities must not raise hidden debts in any form.

China will regulate local financing platform companies, strip them of the government financing function and reorganize them in accordance with the law, the State Council clarified in a document recently.