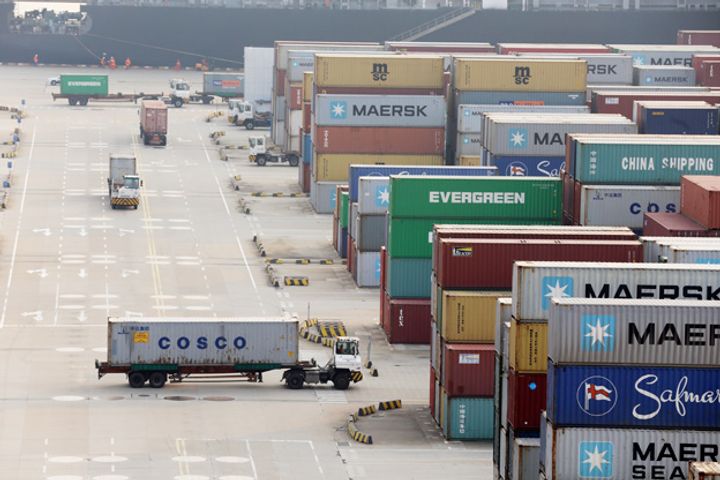 China to Retaliate Against Any New US Tariffs With Strong Countermeasures

(Yicai Global) June 19 -- China called the Trump administration's threat of new tariffs on Chinese imports worth up to USD200 billion "blackmail" and wowed to retaliate with strong countermeasures.

China will defend the interests of the Chinese people and enterprises, the commerce ministry said on its website today. Following tariffs on USD50 billion imports from China, the US now goes further to threaten with new measures, the ministry spokesman said. This practice of extreme pressure and blackmail deviates from the consensus reached by the two parties through negotiations and disappoints the international community.

If the US is as irrational as announcing additional tariffs, China will have to take comprehensive measures to retaliate effectively, the spokesman added.

Trump said in a statement that he has instructed the US Trade Representative to draw up a list of Chinese imports to levy new tariffs in response to China's similar measures on US products worth USD50 billion.

China will respond to safeguard the interests of the country and the Chinese people, as well as the free trade system. China will follow the established rules, stick to the people-centered approach, firmly promote the reform and opening, facilitate a high-quality economic development, and accelerate the construction of a modern economic system, added the ministry spokesman.