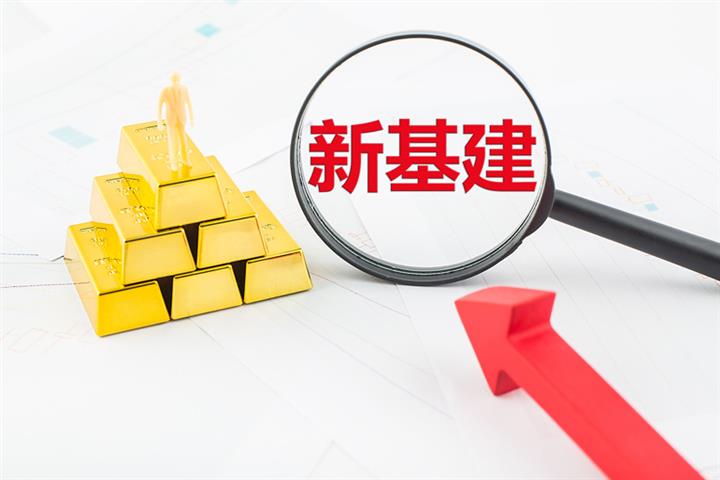 (Yicai Global) May 14 -- Chinese regions are expected to spend CNY10 trillion (USD1.4 trillion) on advanced infrastructure by 2025, according to a government-backed think tank.

Next, the central government is looking to issue new guidelines to promote growth in infrastructure to benefit the healthy and continuous development of emerging industries, the Economic Information Daily reported, citing the National Development and Reform Commission.

In the past two weeks, many regions, including Jiangsu province, Shanghai, Tianjin, Guangzhou, and Kunming, have announced plans of splurging billions of yuan on new construction projects.

On May 11, Guangzhou signed agreements on 16 digital infrastructure projects with a total investment of CNY56.6 billion (USD8 billion), covering areas such as artificial intelligence and Big Data. The southern city seeks to build eight industrial hubs to achieve an AI sector worth more than CNY120 billion (USD16.9 billion).

Southwestern China's Chongqing has aspirations for a 5G sector worth more than CNY100 billion by 2022, according to its plans.

On May 7, Shanghai proposed 48 major projects that should be implemented in the next three years, with a total investment of about CNY270 billion.