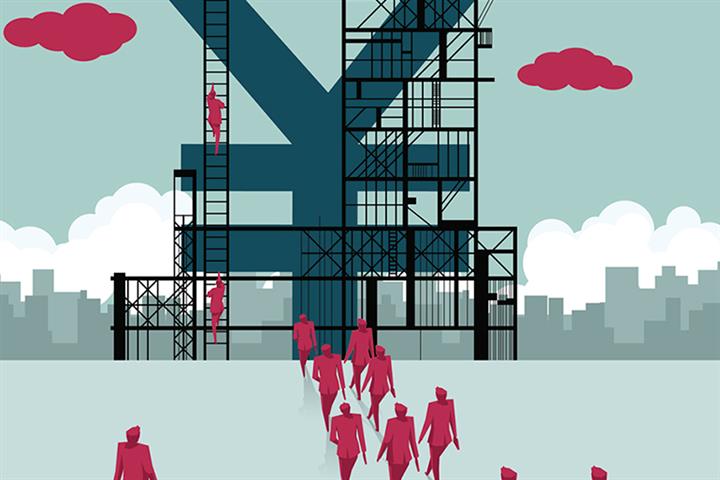 China to Water Down Economic Aid Next Year as Country Bounces Back, Experts Say

(Yicai Global) Dec. 4 -- As China’s economy recovers from the pandemic, the country will probably scale back fiscal policy support next year and try to trim the fiscal deficit to about 3 percent from this year’s 3.6 percent, experts told Yicai Global.

China will not issue special government bonds for Covid-19 control nor unveil big new policies to cut taxes and fees in 2021, the experts said, adding that special bond issuance will drop to about CNY3 trillion (USD459 billion), from CNY3.75 trillion this year.

“China has achieved great results in containing the coronavirus and is expected to see 2 percent economic growth this year,” an experienced tax expert said. “So it’s necessary to return fiscal policy to a normal state.”

China is likely to be the world’s only major economy to expand in 2020, the International Monetary Fund said on Oct. 13. The IMF raised its annual growth forecast for China to 1.9 percent from 1 percent. It expects the figure to reach 8.2 percent next year.

“China’s fiscal policies this year are temporary measures to hedge against risks from the once-in-a-century pandemic, and the country is likely to maintain positive fiscal policies next year, but not as strong as this year,” according to Shi Zhengwen, a professor of tax law at the China University of Political Science and Law.

Fiscal revenue will grow a lot in 2021 because of the low base number this year, Shi said, projecting a fiscal deficit of about 3 percent of gross domestic product since China will not introduce new large-scale policies to reduce the burden of taxes and fees.

Effective pandemic control and the ongoing economic recovery mean that it is time to exit exceptional fiscal and monetary policies, former Finance Minister Lou Jiwei said recently, noting that this process will take a long time and that some of the support will last into the new year.

The government brought out unprecedented fiscal policies to stabilize the economy this year because of the effects of the coronavirus, including CNY8.51 trillion in new government bonds along with policies to cut taxes and fees worth CNY2.5 trillion.

The pullback has already begun and some policies have been returning to normal since May, Zhao Wei, chief economist with Kaiyuan Securities, told Yicai Global.

China is likely to retain some positive fiscal policies, but the deficit ratio will not be higher than 4 percent, said Yang Zhiyong, a researcher at the National Academy of Economic Strategy under the Chinese Academy of Social Sciences.