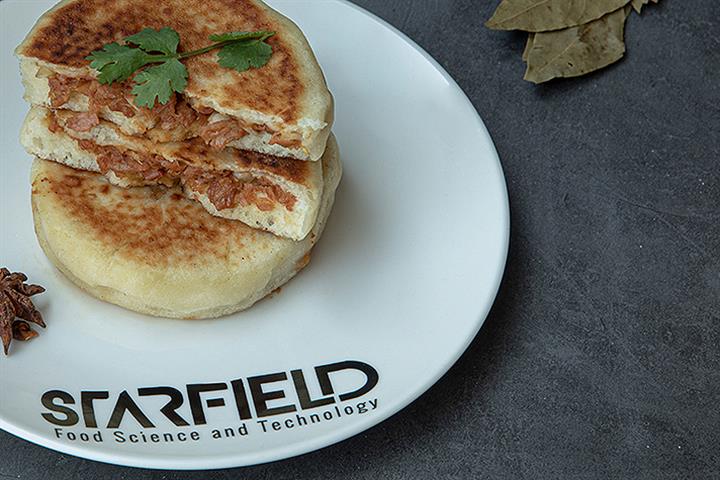 (Yicai Global) Oct. 30 -- Starfield Food Science and Technology, China’s top plant-based meat brand, said it has secured tens of millions of dollars in a third round of fundraising.

The A+ round was led by Lightspeed China Partners and previous investors Sky9 Capital, Joy Capital, and Matrix Partners China, the Shenzhen-based company said today. It did not disclose the exact amount.

Lightspeed China sees great potential in Starfield as the fastest growing startup in the vegan meat industry, according to founding Partner Fu Qun. A new generation of consumers is more concerned with diet and health, and more willing to accept new things. Plant-based meat is likely to become a new food choice, Fu said, adding that by investing in Starfield, Lightspeed hopes to contribute to healthy lifestyles and sustainable development.

Starfield’s goal is to bring plant-based meat to restaurants across China. Through its cooperation with fast-food chain Dicos, the firm launched plant meat products with the lowest price of CNY15 (USD2.20), far less than the CNY50 price tag on similar Starbucks products. That means the threshold for consumers to try plant-based meat is being significantly lowered.

For Chinese consumers, imported plant meat products lack localization and innovation, while Starfield has re-positioned the taste of the new food material, enabling it to be quickly accepted.

Vegetable-based meat does not taste any different from animal meat, and western-style hamburgers and chicken nuggets made of vegan meat, which have the Chinese flavors of rattan pepper and hot pot, are quite a pleasant surprise, a customer who tried at a Dicos store in Shenzhen said on Oct. 24. Plant meat dishes jointly developed by Dicos and Starfield have become best sellers on the store’s menu since they were launched on Oct. 21.

Starfield has used most of the funds raised in every round of financing for product development in a bid to cut prices and give products a real Chinese flavor. Starfield is building a plant in Shenzhen covering thousands of square meters, which will make it the only startup with its own R&D and production base in China’s plant meat field.