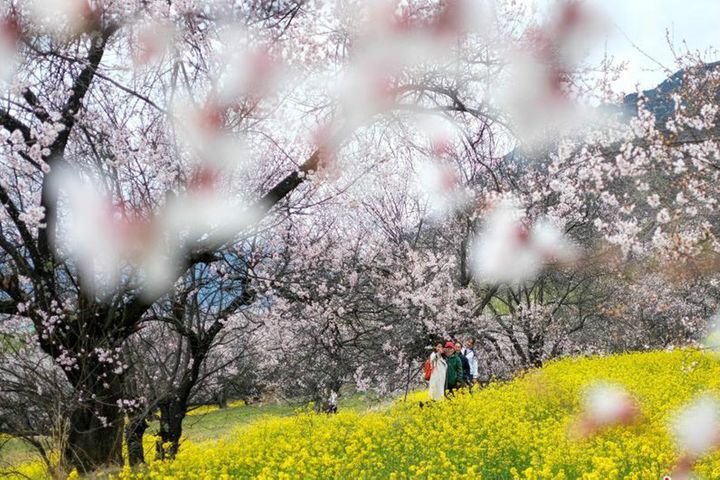 (Yicai Global) April 7 -- China's tourism earnings slumped during the three-day Qingming Festival that ended yesterday as many chose to stay safe and stay home amid the slowly subsiding Covid-19 worries.

Tourism revenue dropped by nearly 81 percent to CNY8.3 billion (USD1.2 billion) from a year ago, The Paper reported, citing data from the China Tourism Academy.

The number of domestic tourists declined by 61 percent to 43.3 million. Meanwhile, many were satisfied with the calm attractions as the official tourist satisfaction index rose to 88.8, a record high.

Still, some scenic spots reached the ceiling of their daily limits set to avoid the Covid-19 epidemic from spreading. On April 5, Anhui province's Yellow Mountain alerted visitors five times to adjust their itineraries as the park had let in a maximum of 20,000 people already at 8 a.m.