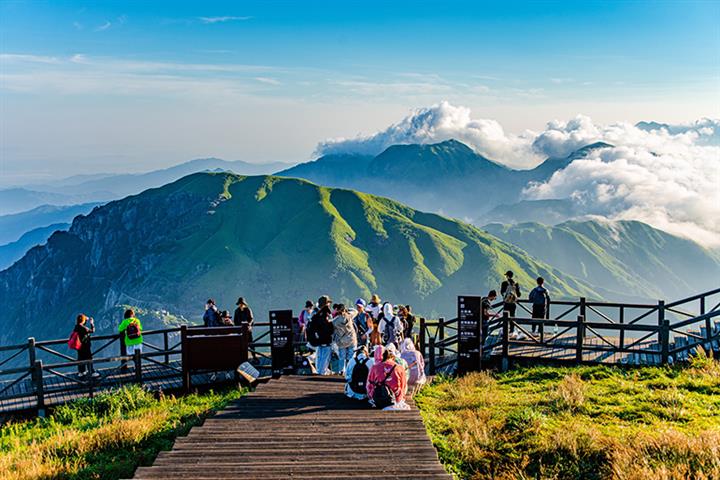 (Yicai Global) Aug. 31 -- Every listed operator of a scenic spot in the Chinese mainland  reported a loss for the first half, after revenues tumbled from a year earlier as a result of restrictions on tourism amid outbreaks of Covid-19 in the country.

The 11 listed companies lost a combined CNY784 million (USD113.7 million) in the six months ended June 30, according to Yicai Global’s calculations based on their half-year financial reports.

The Huangshan scenic area, which includes the renowned Yellow Mountain range, welcomed 333,600 visitors in the first half, down 66 percent from a year ago, according to the company’s semi-annual report released on Aug. 27. Its aerial ropeway and cable car transported 665,600 visitors, a 67.4 percent drop.

Due to repeated flareups of Covid-19, most regions of China brought in travel curbs during the first half. Domestic tourist numbers fell 22.2 percent to 1.46 billion from a year earlier, while revenues slumped 28.2 percent to CNY1.2 trillion (USD174 billion), according to data from the culture and tourism ministry.

As the central government has eased restrictions on cross-provincial travel since the end of May, tourist spending is expected to rebound in this half, Fitch Ratings said in a recent report. But the recovery may vary by region and tour operator, it added.