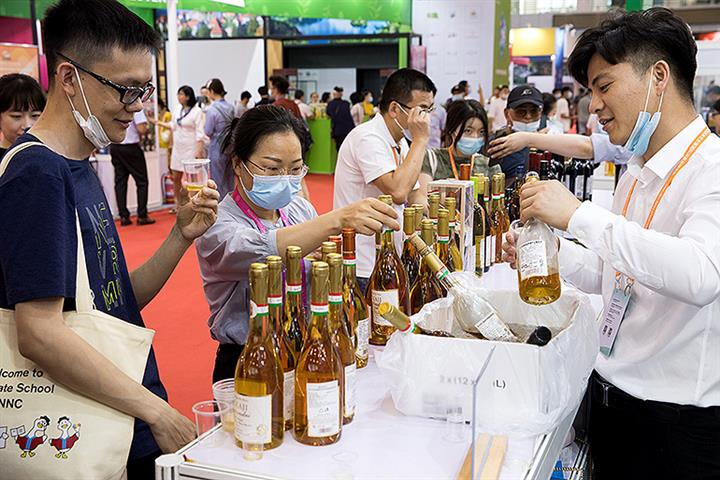 (Yicai Global) June 11 -- Trade between China and central and eastern European countries jumped 47.9 percent between January and April from the same period last year, indicating that their economic relationship continues to go from strength to strength, according to the latest data.

China-CEEC trade reached USD40.7 billion in the four months ended April 30, according to data from the second China-CEEC Expo held in Ningbo, eastern Zhejiang province from June 8 to 11. China is now the CEEC’s biggest trading partner outside of Europe.

Last year, China-CEEC trade exceeded USD100 billion for the first time to hit USD103.45 billion, and it has been increasing at an average annual growth rate of 8 percent since 2012, more than double the growth rate of China’s trade with the European Union.

Over 20 Polish firms dealing in areas such as liquor, agricultural products and food took part in the fair despite the pandemic, said Robert Tomanek, deputy head of the country’s Ministry of Economic Development, Labor and Technology. Polish companies will also participate in the upcoming China International Import Expo and the China-ASEAN Expo, he added.

Some 26 consumer goods import contracts worth CNY2.2 billion (USD344.3 million) were signed at the expo.

Infrastructure is a crucial area for Chinese enterprises to develop the markets in central and eastern European countries, said Wang Hongliang, counselor of European affairs at China's Ministry of Commerce. New engineering projects, such as roads, railways, bridges and ports, worth USD5.4 billion were signed last year, a gain of 34.6 percent from 2019, Wang said.

China has built the 300-kilometer-long E763 highway in Serbia, the first expressway built by China in Europe. It is not only an important channel for Serbia to connect to the sea via Montenegro but it is also a major transport artery connecting the Balkan region with surrounding countries.

A close relationship with China is one of the reasons why Serbia is so strong, President Aleksandar Vučić said at the fair's opening ceremony.

Slovenian light aircraft manufacturer Pipistrel Aircraft has built an airplane factory together with the Jurong city government in eastern Jiangsu province. Costing EUR500 million (USD609 million), the plant is expected to produce 300 electric and hybrid planes a year. So far the Ajdovscina-based firm has sold 50 planes in China.

The private jet markets in Europe and the US are saturated, said Danny Hao, president of Pipistrel's China unit Pipistrel Asia Pacific. China's low-altitude airspace has become the world’s last virgin airspace and will enter a golden period over the next five years, he added.

Propelled by the big increase in trade, the number of freight trains running on the China-Europe Railway Express jumped by more than 50 percent last year from the year before to reach 12,400.