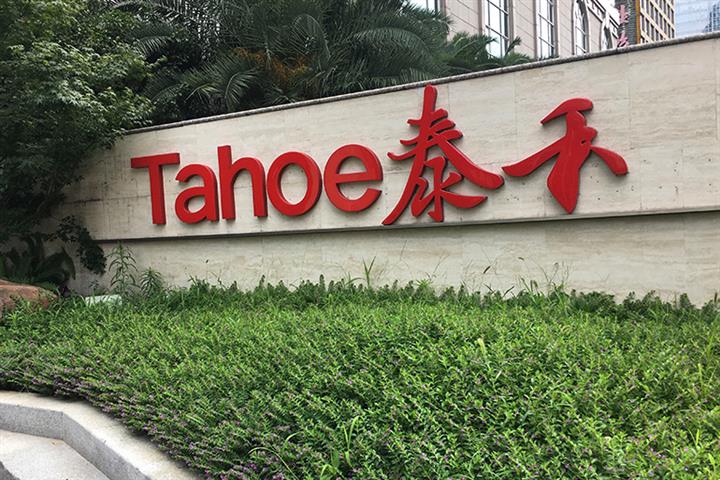 (Yicai Global) June 24 -- China's Tahoe Group is looking to be accountable for more of its subsidiaries' debts this year despite its earlier problems with such arrangements.

Tahoe's shareholder meeting has approved the plan that the company should give as much as CNY67.2 billion (USD9.5 billion) worth of new loan guarantees this year, and its Fuzhou and Beijing units will make up CNY6.7 billion of that, the Fuzhou-based real estate firm said in a statement yesterday.

The guarantees are in line with the company's interest and their risks are controllable, the parent added. In late May, a court in China froze the equity of Tahoe Group that are owned by its controlling shareholder, following a request from creditors.

So far, CNY10.7 billion of this year's quota has been fulfilled, according to yesterday's statement. Among the receivers of the whole year's tally, those whose debt-to-asset ratio is more than 70 percent account for more than 90 percent of the total.

Tahoe's total debts reached CNY97.1 billion by the end of March and its short-term liabilities made up almost 70 percent of that, according to Dongfang Jincheng International Credit Evaluation. Its cash funds stood at CNY5.6 billion (USD792.3 million). On June 19, the credit rating company downgraded Tahoe from AA+ to AA- while adjusting its outlook to negative.

The parent has been trying to sell some of its assets and look for new investors to alleviate its cash flow issues. On June 22, Tahoe said that it would transfer a 19 percent stake in its project in Guangzhou to Minmetals International Trust for CNY1.1 billion. Since March 2019, it has sold more than CNY13 billion worth of assets, per incomplete statistics.