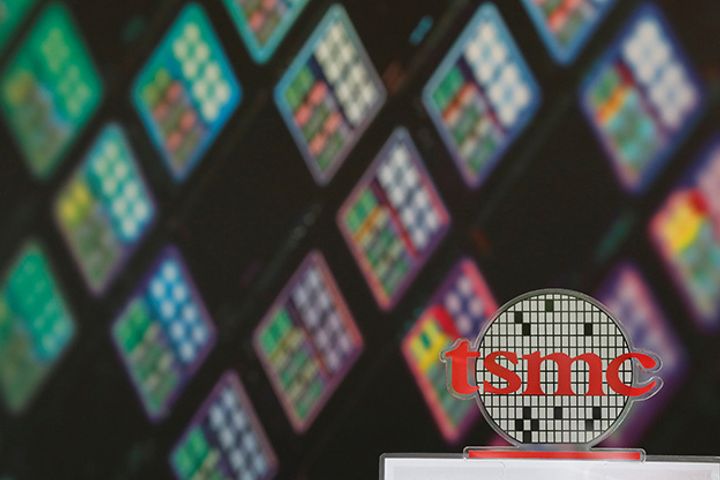 (Yicai Global) Jan. 30 -- Taiwan Semiconductor Manufacturing, the primary chipmaker for iPhones, has delivered tens of thousands of substandard wafers to major domestic and international firms due to unqualified raw materials. The incident may only intensify TSMC's pinch involving expectations of narrowing revenues.

An unspecified source supplied TSMC with unauthorized photoresist chemicals, which may cause the buyer to lose millions of US dollars, online news outlet Jiemian reported yesterday.

For the Hsinchu-based buyer, this is a bad time for mistakes. TSMC inquired if chip parts firms could give up to 10 percent discounts while anticipating this year's annual revenue to grow 3 percent or less from last year, Yicai Global reported yesterday, citing Taiwan-based daily newspaper Digitimes. One of the reasons is slowing sales of Cupertino-based Apple's handsets in China.

TSMC expects to restore its capacity in the first quarter and will try its best to deliver the wafers to customers on time while requesting compensation from the raw material supplier, the report said, citing TSMC spokesperson Sun Youwen. The incident will not affect the firm's financial performance during this quarter, Sun added.

Japan's Shin-Etsu Chemical, Tokyo-based JSR and Michigan-headquartered Dow Chemical are the three companies that provide TSMC with photoresist chemicals. The buyer and suppliers are still investigating the cause for the incident.