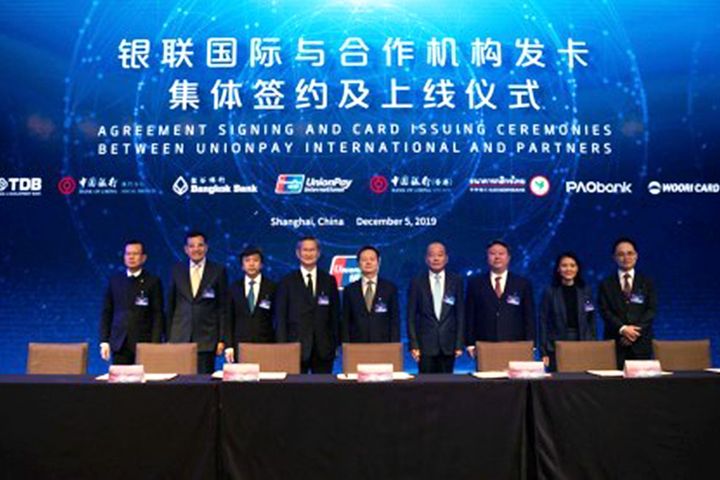 UnionPay is already accepted in 177 countries and regions and has issued nearly 130 million banks cards in 57 locations outside of the Chinese mainland. Accountholders have made 40 percent more transactions on these cards since this year, according to the statement and the firm issued 18 million cards in Asia Pacific countries in 2018, making up 30 percent of the regional total that year.

The issuer also ranked first worldwide in terms of cards delivered and transactions made last year, with payments rising 32.3 percent to make up 44.1 percent of the global total, according to data from market researcher Nielsen. It issued 13.5 percent more cards in 2018 than 2017, giving it 57.6 percent of all cards in circulation worldwide.

The firm will also issue a K-Check-UnionPay dual-branded debit card, the first UnionPay card in South Korea targeting foreigners, in tandem with the country's fourth-biggest card issuer Woor Bank; and release credit cards with the Bank of China's Hong Kong and Macao arms and promote mobile payments to encourage use of the cards.