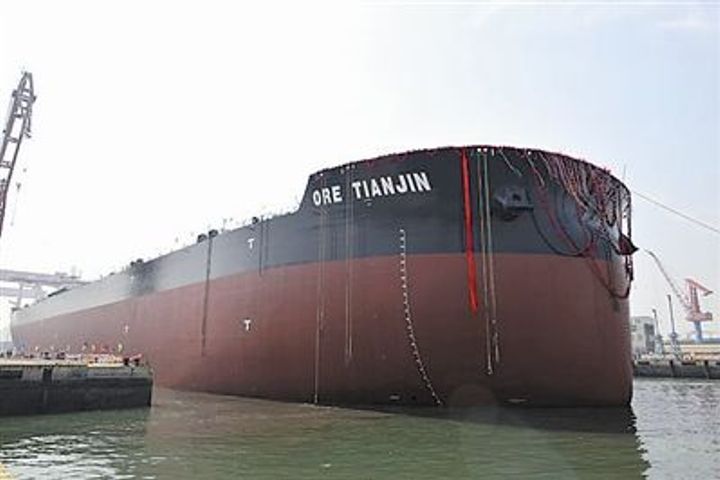 Wuchang Shipbuilding Industry Group and other three shipbuilders have been contracted to build 30 bulkers of the same model, with a cost of about USD88 million each. With a total contract value of USD2.65 billion, it is the most expensive order in the shipbuilding industry worldwide, Changjiang Ribao reported today.

The carrier measures 362 meters in length, 65 meters in width and 30.4 meters in height. It is similar to the Liaoning aircraft carrier in size with a total deck floor area three times bigger than a football field. All the 30 ships will be leased to Vale SA [NYSE:VALE] in Brazil to transport iron ore.

Vale SA is the largest iron ore producer and exporter in the world. China has become the number one iron ore importer in the world, but only about 33 percent of the total volume of imported iron ore is transported by domestic shippers. Transportation of the remaining volume is contracted to Japanese and South Korean shipping companies, the report said.

The tonnage of most Chinese bulk carriers ranges between 40,000 tons to 70,000 tons. The launch of the second ore carrier will bring significant cost savings to the country's iron ore importers.