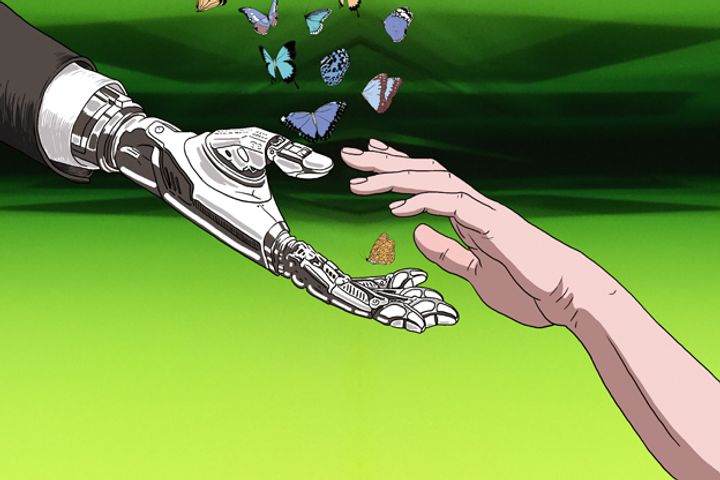 (Yicai Global) Feb. 1 -- China, the US and Japan dominate the global artificial intelligence race based on the number of patent filings, with applications by Chinese academic institutions far outstripping those of their peers in other countries, according to a new report.

Chinese institutions account for 17 of the top 20 academic players in AI patenting as well as 10 of the top 20 in AI-related scientific publications, state news agency Xinhua reported, citing a research report published yesterday by the World Intellectual Property Organization.

China's AI patent filings have risen much faster than in other countries, logging an average annual gain of 20 percent from 2013 to 2016. The Chinese Academy of Sciences ranked first among academies globally and 17th among all the world's AI players after having secured over 2,500 patents by the end of 2016, the report said.

"The United States and China obviously have stolen the lead," WIPO Director General Francis Gurry said at a press conference in Geneva, according to Xinhua. "They are out in front in terms of applications and when you look at scientific publications."

Twelve of the top 20 companies for AI patents are Japanese, with the US, South Korea and China accounting for three, three and two, respectively. American firms IBM and Microsoft rank first and second on the list, followed by Toshiba, Samsung Group and NEC. Internet giant Baidu and State Grid are the two Chinese firms on the list.

The report, which is the WIPO's first on technical trends, covers more than 340,000 AI-related patent applications and 1.6 million scientific papers since the birth of the concept in the 1950s. The highest number of applications has been filed since 2013.

The rapid increase in filings means that many new products based on the technology are about to change people's daily life. The report will not only help global policymakers promote AI, but also deal with ethical, legal and regulatory challenges, Gurry said.