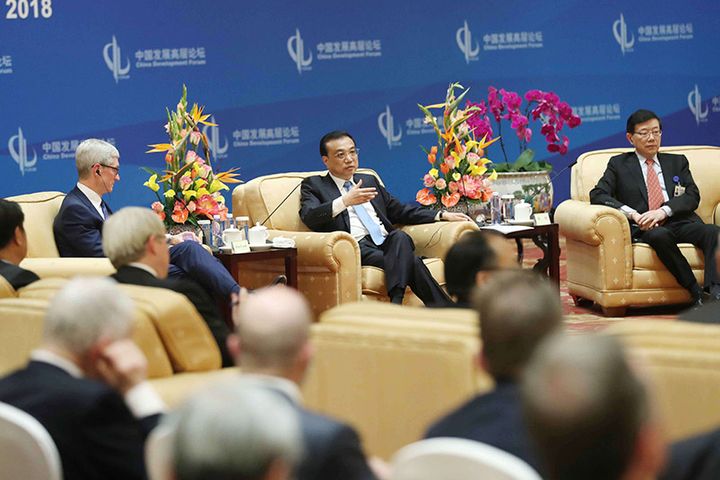 (Yicai Global) March 27 -- China and the United States are wise enough to solve their trade frictions, Chinese Premier Li Keqiang told foreign representatives at the China Development Forum 2018. He hopes the two nations can promote trade by enlarging their markets rather than closing the door to others, as he believes that would block their own paths.

"I'd like to emphasize that there is no winner in a trade war, which is bad not only for the two countries but also for the world," he said, commenting on suggestions that the two nations may wind up in a trade war.

As the global economy picks up, people around the world should work together to promote global trade and economic recovery, Li added, saying that requires countries to stick to multilateral trade rules and oppose protectionism. Only in this way can people share the benefit of world development, he said.

Trade is a bargaining process from the get-go, Li continued.  Trade frictions are inevitable, especially as trade between China and the US reached USD580 billion last year, he added.

"Such a high trade value is achieved not because of government forces but because of multilateral trade rules and market forces," Li said. "Governments should stay rational about trade frictions and handle the problem through negotiations and commercial rules."

China never pursues trade surpluses with any countries as it is not sustainable, he added, saying China hopes to communicate properly with the US to resolve issues and benefit both countries.

"China's door to the outside world will open wider and wider, and we hope US companies will continue to increase their investment here," he added.