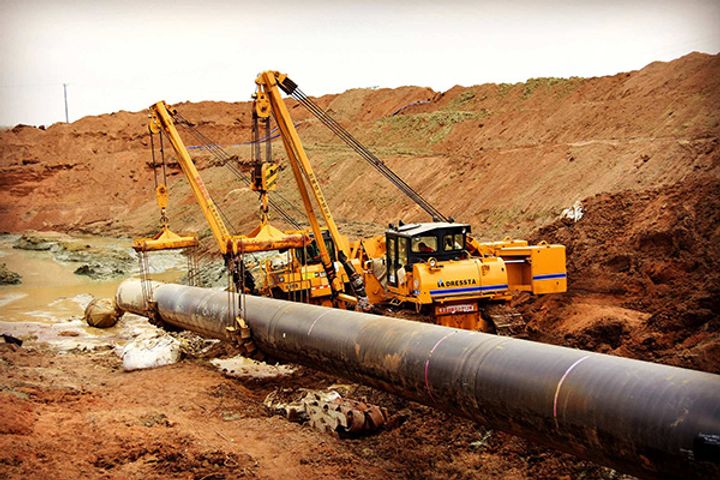 (Yicai Global) July 23 -- China and Russia have resumed talks for the Power of Siberia-2 liquefied natural gas trade route, from which a successful deal could lead to the Eurasian country becoming China's top LNG supplier, as ties between the world's second-biggest economy and the United States continue to waver.

Talks for the Power of Siberia-2, also known as the western gas route, had been in the pipeline for several years. But last summer, negotiations stalled as Beijing reconsidered its energy needs, Reuters reported in June 2017, citing two Russian sources.     China is now undergoing a trade dispute with the United States, its fifth-biggest LNG supplier, and being unable to keep up with Washington's tariff threats may be looking for alternative ways to turn the tables on the US.

On July 20, American President Donald Trump said he was ready to slap tariffs on all USD505 billion worth of Chinese imports. He had earlier hit the economic rival with tariffs on USD34 billion worth of goods -- a move that was quickly retaliated. China, which imports more than a third of its natural gas, kept LNG rates out of those charges, but seems to now be holding its vast demand for the energy source over Trump's head.

There were more than two dozen LNG plants in the States waiting to sign supply agreements before finalizing investment deals in May, according to a Reuters report the same month. Many of those were looking to China as it seeks to ramp up natural gas consumption and wind down coal burning, a problem that contributed to the deaths of more than a million people in 2016, according to a report by the Health Effects Institute.

China plans to increase the proportion of natural gas for energy consumption to more than 10 percent by 2020, compared with 7 percent last year when China consumed over 237 billion cubic meters of LNG, with imports making up about 38 percent.

Russia supplies China with around five billion cubic meters of LNG a year, but the eastern gas pipeline, or Power of Siberia route, will boost that to around 38 billion after entering operations at the end of next year. The Yamal project, which sends gas via the Arctic Circle, will add a further four billion and the western route is set to contribute another 30 billion.