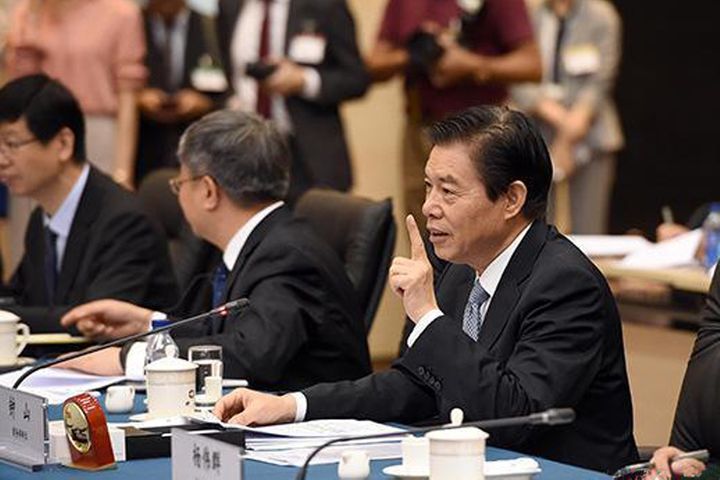 (Yicai Global) Sept. 11 -- China is willing to widen the imports of Japanese goods, according to the Chinese commerce minister.

China's economy is generally stable and the scale of consumption is growing, which provides favorable conditions for China and Japan to expand trade and investment, Zhong Shan said at a meeting with a Japanese delegation yesterday.

From January to August, the value of bilateral trade between China and Japan rose 7 percent from a previous year to reach CNY1.39 trillion (USD195.4 billion), accounting for 6.9 percent of China's foreign trade, according to Chinese statistics. China's exports to Japan amounted to CNY635.8 billion (USD89.4 billion), rising 4.7 percent.

China will constantly lower its threshold for market access and is willing to strengthen its cooperation with Japan regarding two-way investment, Zhong added.

With about 450 entities, Japan dispatched the largest number of exhibitors to participate in the China International Import Expo in Shanghai last year. The exhibitors showcased their products in fields such as automotive, intelligent manufacturing, and consumer electronics, and they penned more than 1,700 deals at the expo.