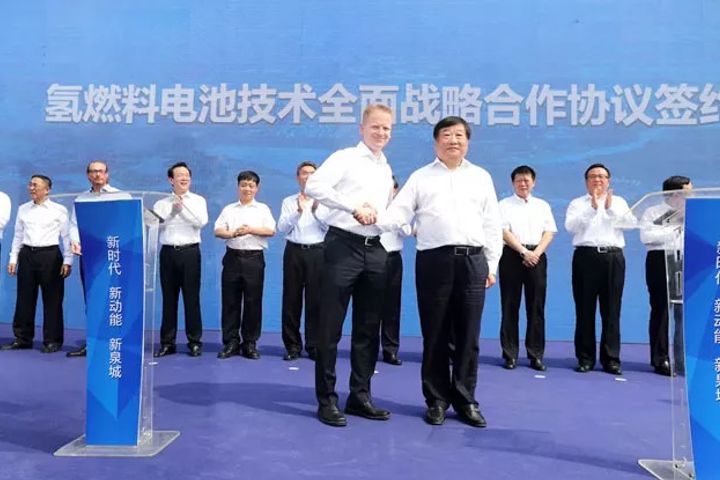 The pair plans to set up a fuel cell joint venture in China's eastern Shandong province.

They embarked on a partnership on Aug. 29. Weichai will buy about USD163 million worth of Ballard's common shares priced at USD3.55 via subscription to a new stock offering, Ballard's largest shareholder, Zhongshan Broad-Ocean Motor, said in a statement yesterday.

The transaction price, USD3.55, implies a 115 percent premium on the weighted average share price recorded on Nasdaq during the 30 trading days ending Aug. 28, per the statement.

Broad-Ocean's Hong Kong subsidiary, a direct shareholder of Ballard, will also subscribe to around 5.6 million common shares worth some USD20 million issued via a private placement at the same price, in order to maintain its shareholding at 9.9 percent, the statement added.

After the deal, Weichai will own a 19.9 percent stake in Ballard and thus become its largest shareholder. The current number one shareholder, Broad-Ocean, will be bumped to second place, it noted.

Ballard also plans to form a JV with Weichai in Shandong, where the latter is based, to produce fuel cell stacks and modules for buses, trucks and forklifts.

Weichai's and Ballard's shareholdings in the JV will be 51 percent and 49 percent, respectively. After the company incorporates, Broad-Ocean will have the right to buy a 10 percent stake from Ballard, thereby creating a tripartite fuel cell business alliance.

The introduction of Weichai as an investor will help it promote hydrogen-powered cell applications in China, leveraging its strengths in engine design and power system integration and its extensive customer network.