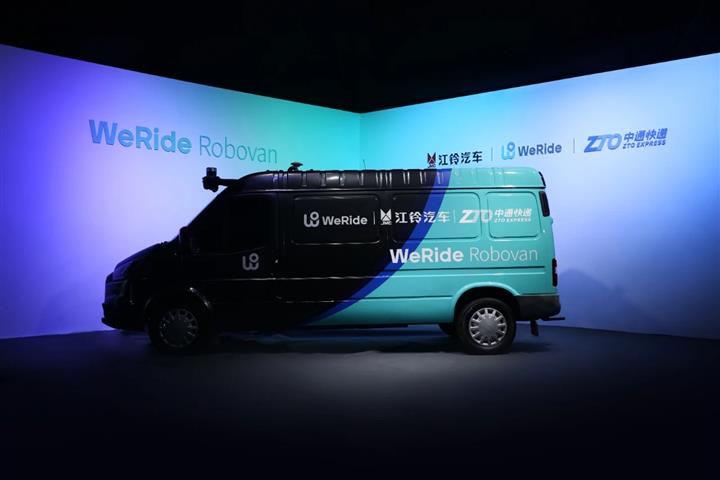 (Yicai Global) Sept. 9 -- Chinese autonomous driving startup WeRide has launched the Robovan, its third self-driving vehicle after the Robotaxi and Mini Robobus, soon to be deployed on city streets as part of urban logistics.

The Robovan, which boasts the second highest level of self-driving below full automation, can run 24 hours a day, seven days a week, the company said today.

Guangzhou-based WeRide has entered a partnership with courier firm ZTO Express, which has over 30,000 service outlets nationwide, to put the Robovan into commercial operation.

The driverless van's body is made by Jiangling Motors, the country’s top maker of light commercial vehicles, and it is equipped with a full suite of WeRide’s self-driving software and hardware.