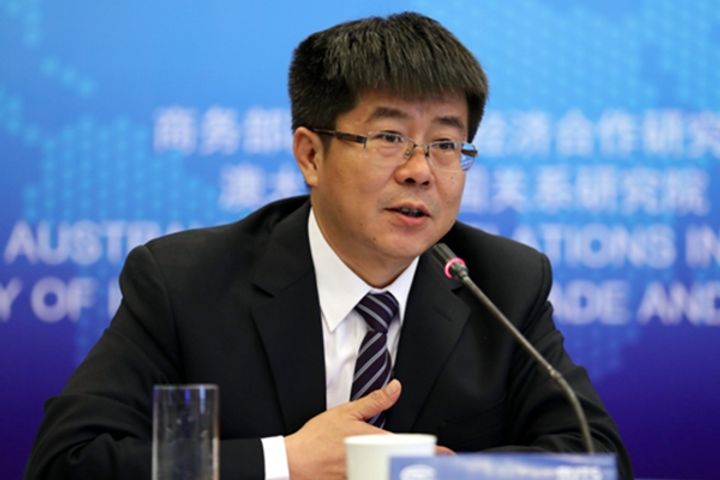 (Yicai Global) March 28 – China is drafting guidelines on expanding imports from the U.S.  to promote trade balance and will release it soon, said Gu Xueming, director of the Chinese academy of international trade and economic cooperation at the ministry of commerce. However, China believes bilateral trade deficit is a byproduct of the U.S. dollar hegemony, he added.

The main reason for the trade imbalance between the two countries lies with the U.S, said Gu, commenting on the recent trade friction between the world's two largest economies. The U.S.-China trade deficit is a systemic economic problem that is determined by the economic structures of the two countries and international division of labor, Gu stressed.

There are four main reasons for the large U.S.-China trade deficit, he explained. The difference in data collection systems leads to overestimation of the US trade deficit with China. Under the U.S. statistical methods, the value-added portion of re-exported goods originating in China but re-exported to the U.S. through other economies is calculated as a Chinese trade surplus. In export processing trade to the U.S., Chinese companies are usually only responsible for production based on orders and do not control the design and sales stages.

The U.S. customs import declaration costs are also higher than the Chinese export declaration expenses, thereby pushing up the Chinese trade surplus, Gu noted. If calculated from a point of view of trade-added value of the global value chain, trade deficit between the U.S. and China would substantially decrease, he added.

Another reason is "surplus transfer" brought about by the international division of labor. With the acceleration of industrial transfer and the development of China's processing trade, Japan, South Korea, Singapore, Taiwan and other countries and regions have transferred their surpluses with the U.S. to China, which imports raw materials, parts and components from these countries and then exports to the U.S. after processing. This adds to the trade surplus although they are not direct Chinese products.

The U.S. export restrictions on China has also contributed to bilateral trade imbalance. The U.S. has long been implementing export controls on China. Such severe controls have distorted the trade between the two countries and caused trade deficit, failing to show the true nature of supply and demand between China and the U.S. Many U.S. companies have lost potential market opportunities and China had to turn to other countries for imports.

In terms of amount, USD60 billion accounts for only 2.65 percent of China's total exports last year. Even if China's USD60 billion exports are reduced to zero, the total exports will be reduced from the current USD2.26 trillion to USD2.2 trillion, having a very little impact. Moreover, the prices of some Chinese products still have an international competitive advantage, even with 25 percent tariff added.

In recent years, China has already done a lot of work in actively expanding imports and promoting a balanced trade. In November, the first China International Import Expo will be held in Shanghai. To further expand imports from the U.S., the relevant government departments are drafting guidance to address the trade imbalance issue trade balance, Gu said, adding with the support of a series of policies and measures, China's foreign trade will achieve a balanced development.