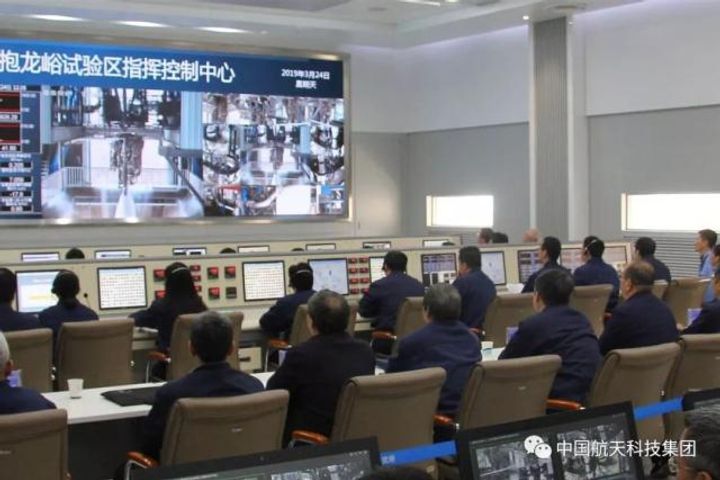 China Wraps Up Test on Its Most Powerful Space Rocket Engine

(Yicai Global) March 26 -- China has successfully concluded a key test on the biggest thrust rocket engine ever developed in the country, state-owned China Aerospace Science and Technology said on its WeChat account today.

The 500-ton kerosene-liquid oxygen engine will be used on the Long March 9 heavy-lift rocket and was designed by China Aerospace's Academy of Aerospace Propulsion Technology.

The test checked the linkage between the engine turbo pump, gas generator and supporting components. It verified the feasibility of the component scheme, realized the smooth transition from start through primary stage and main stage to shutdown, said Li Bin, the academy's vice president.

The linkage test laid the foundation for the engine's trial run, which is the next step, he added.

CASC made substantial progress in many key technical fields of heavy-lift rockets last year and the Long March 9 rocket is expected to achieve its first flight in 2030, Li Hong, deputy general manager of CASC, said earlier. Its carrying capacity will be about five times that of existing Chinese rockets.

CASC has independently developed the Long March series of rockets since the 1960s and, as of this month, has completed a total of 300 missions in manned space flight and lunar exploration, with a launch success rate of over 95 percent. It has also completed the construction of the BeiDou Navigation Satellite System and other major tasks.