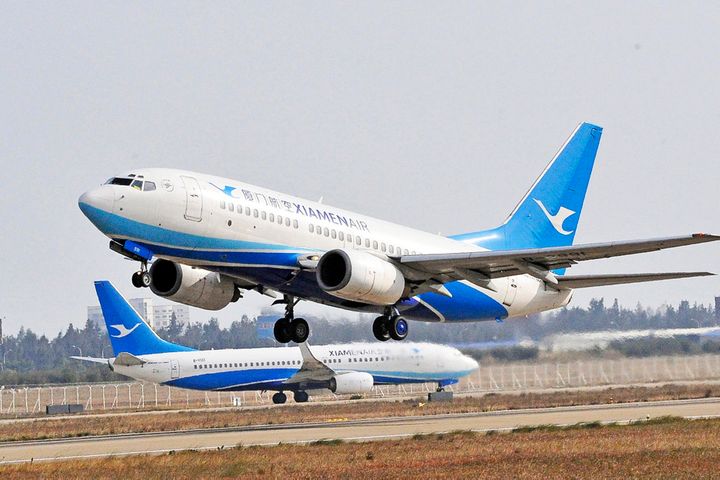 (Yicai Global) Jan. 17 -- Xiamen Airlines plans to introduce 10 new Airbus A320neo aircraft to be delivered from the second half of 2021 to 2023 under an operating lease, as no timetable has been set for the troubled Boeing 737 MAX, which is grounded worldwide, to resume flights, according to bidding documents the carrier released late yesterday.

Xiamen Airlines, which is China's biggest Boeing fleet owner, had originally planned on bringing in 30 737 MAX8s and 10 MAX10s narrow-bodied passenger jets for joint use by its Hebei Airlines and Jiangxi Air units.

Two 737 crashes in Ethiopia and Indonesia claimed over 300 lives between October 2018 and March last year. Xiamen had already paid for the 10 737 MAX airliners at the time the Ethiopian Airlines 737 MAX crash prompted China to become the first country to ground the plane, thus frustrating their delivery set for this year. The Indonesian crash induced the rest of the world to follow suit.

The airline based in China's southeastern Fujian province then began to evaluate the feasibility of introducing the A320neo, which has a range of 6,300 kilometers and room for 150 to 180 seats, based on space, price and other factors.

The final choice to introduce aircraft made by Leiden, Netherlands-based Airbus via leasing may be a temporary solution to the problem of the need to queue for delivery of the A321neo, and thus resolve the issue of capacity short term. Xiamen Airlines has not ruled out future direct orders of the Airbus aircraft.

The carrier joined a group of three other Chinese airlines demanding Boeing compensate their losses stemming from the grounding -- now stretching into its third year -- CCTV News reported in May.