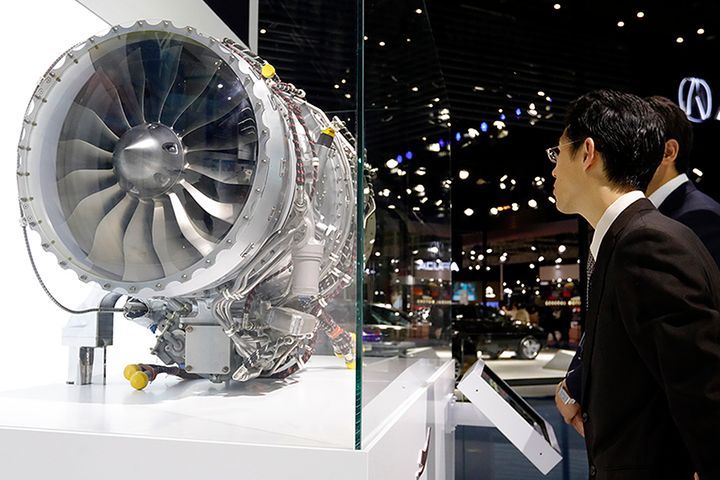 (Yicai Global) Dec. 17 -- Xinwei Technology Group's shares have kept on climbing although the Chinese telecoms firm countered a media report which claimed that Ukraine's antitrust body has given the go-ahead to its purchase of Motor Sich, one of the world's largest turbine engine makers.

Xinwei's stock price [SHA: 600485] rose by 5 percent this morning to CNY1.88 (27 US cents). That is the daily limit for the company whose shares have lost value in the past two financial years, causing the Shanghai Stock Exchange to warn it about a looming trading suspension.

Xinwei has conducted self-inspection and communicated with Ukrainian authorities but the antitrust bureau has not given its verdict on the case yet, the Beijing-based telecoms company said in a statement yesterday.

Russia's Sputnik news agency reported on Dec. 15 that Ukraine's antitrust body has given the green light to the acquisition.

In 2017, Skyrizon Aviation attempted to purchase a majority stake in the Zaporizhia-based company by paying USD100 million. Skyrizon and Xinwei are both controlled by Chinese businessman Wang Jing, according to business registration information. Last July, Xinwei planned to obtain Skyrizon's assets.

Soon after the offer, a court in Ukraine froze the domestic military aircraft maker's shares because the Ukrainian security services said that the deal would risk taking the target firm's assets out of the country.

Founded in 1907, Motor Sich was privatized in 1991 and it used to sell most of its products to Russia. The firm employs about 20,000 people.